I’m at the age where turning a year older isn’t quite as exciting as it used to be. Gone are the milestone celebrations of being able to set foot in a bar and rev the engine of a rental car.

Over the last few months, I’ve realized that I am mildly afraid of getting older.

It doesn’t help my anxiety that in Korea, I am turning 28. No, this isn’t some weird time zone phenomenon. Koreans celebrate their first year at birth, so according to my co-teachers and students, I am 28.

Yikes. There’s nothing like “skipping” a year to make a girl feel old.

Turning a year older means fine lines are starting to appear around my eyes and I can’t recover from a hangover as quickly as I could at 22. It means that I’m sounding increasingly like my mother, and new slang words like “on fleek” are foreign to me. Oh, those youths.

As much as I would like to stay in my 26-year-old body and not age a day more, I know that with age comes memories and wisdom that I am not willing to part with.

Turning 27 means that my idea of a perfect Friday night is enjoying a craft beer and good conversation, rather than pulling a ping pong ball out of my drink. Turning a year older means that I have come to value quality – whether it be in clothing or friendship.

Getting older isn’t all bad.

Am I doing this right?

I do freak out sometimes when I realize I’m not anywhere close to what 27 is “supposed” to look like (especially in Midwest America).

I don’t have a house or an active 401K, and there’s certainly no baby on the way. I don’t own a car, a nice duvet, or even a waffle maker.

And I have made peace with that.

It’s not to say that I won’t still have those moments of anxiety-inducing panic where I wonder, when the hell am I going to start my life?

I still have those thoughts on a daily basis. But then I realize that the idea of settling down right now panics me more than wrinkles do, and my heartbeat slows to its normal pace.

And I know, I know… twenty-seven isn’t very old in the big picture of life. But I think turning a year older can be scary at any age. You not only have your peers to measure yourself against, but also the dreams you had for yourself at any age.

But that’s probably a good thing.

I sometimes need to remind myself that life doesn’t start with the purchase of a house or a career that is deemed “successful” in the eyes of society.

The reality is my life has started, and I feel more alive now than ever before.

As I was reflecting on the past year, I wrote down some of my favorite memories and was flooded with gratitude.

I am surrounded by the most supportive people, and have had the opportunity to chase my dreams around the world with my best friend.

This past year has been one of the best of my life. Twenty-six was a year of side-splitting laughter, moments of awe, and diving into the unknown. I’ve lived more outside of my comfort zone than in it, and have learned things about myself I never knew.

If this next year is anything like 26, then I am okay with getting older.

There, I said it.

I’m ready for you, twenty-seven.

And instead of spending this year comparing myself to what I “should” be doing at this age, I will try to focus my energy on being the best version of 27 I can be.

After an adventure-filled year, I am convinced that the key to youth is to leave your comfort zone and try something that would make your “yesterday self” gasp!

So here they are… 26 gasp-worthy moments:

1. Hiked the Inca trail and ended at the ruins of Machu Picchu on my 26th birthday. It was a pretty epic way to celebrate. 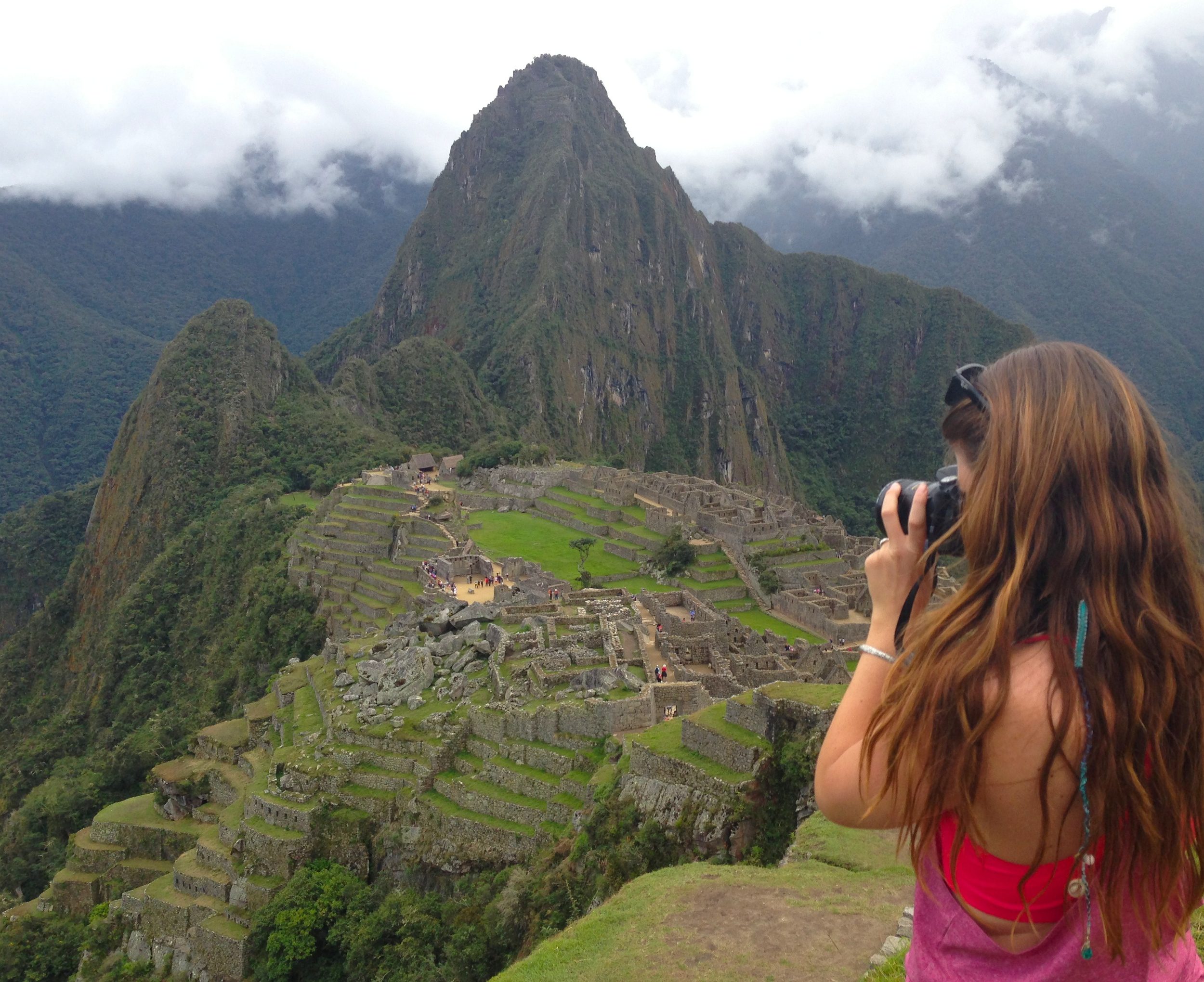 2. Caught, ate and swam with piranhas in the Amazon 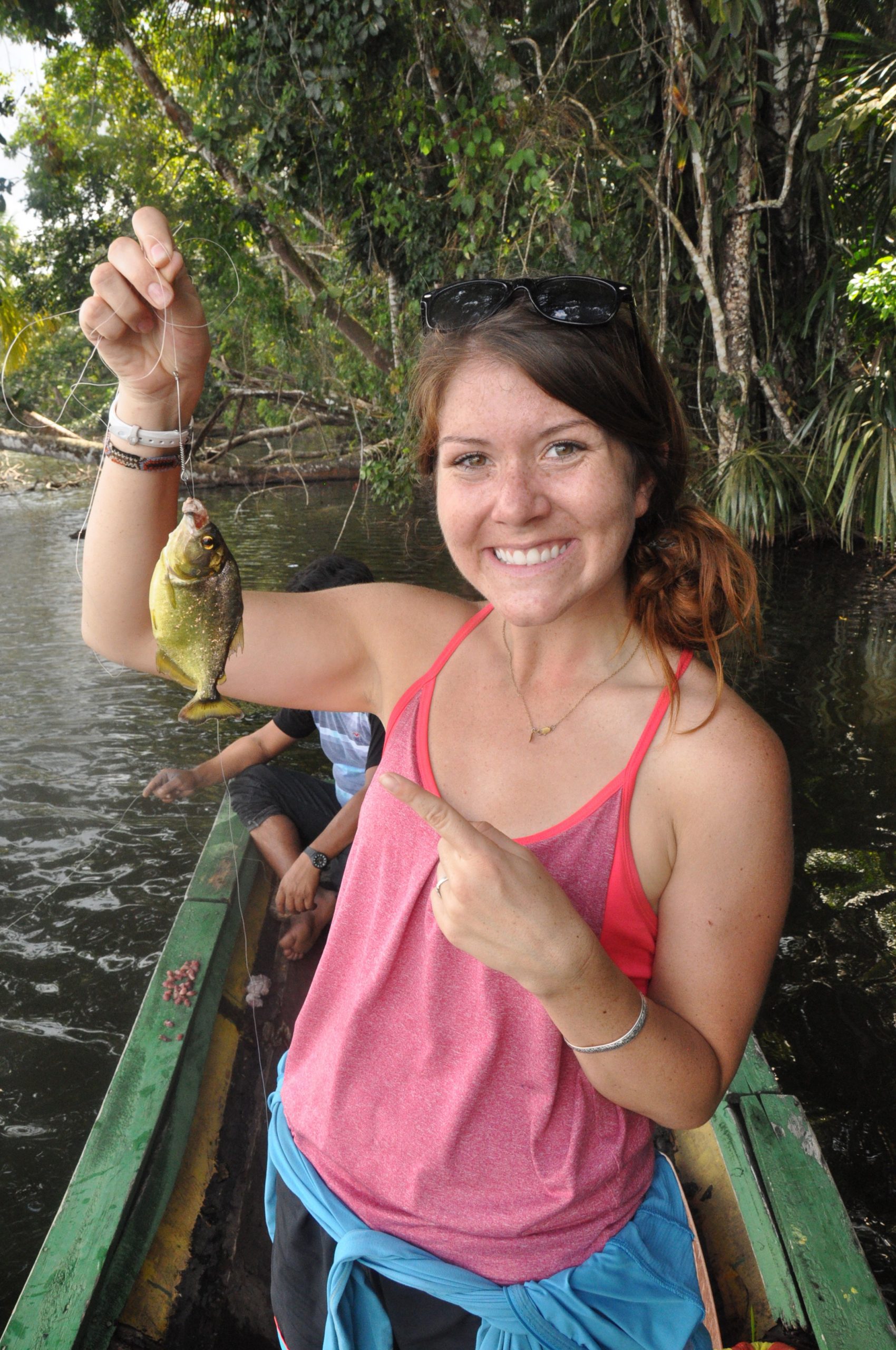 3. Biked the most dangerous road in the world 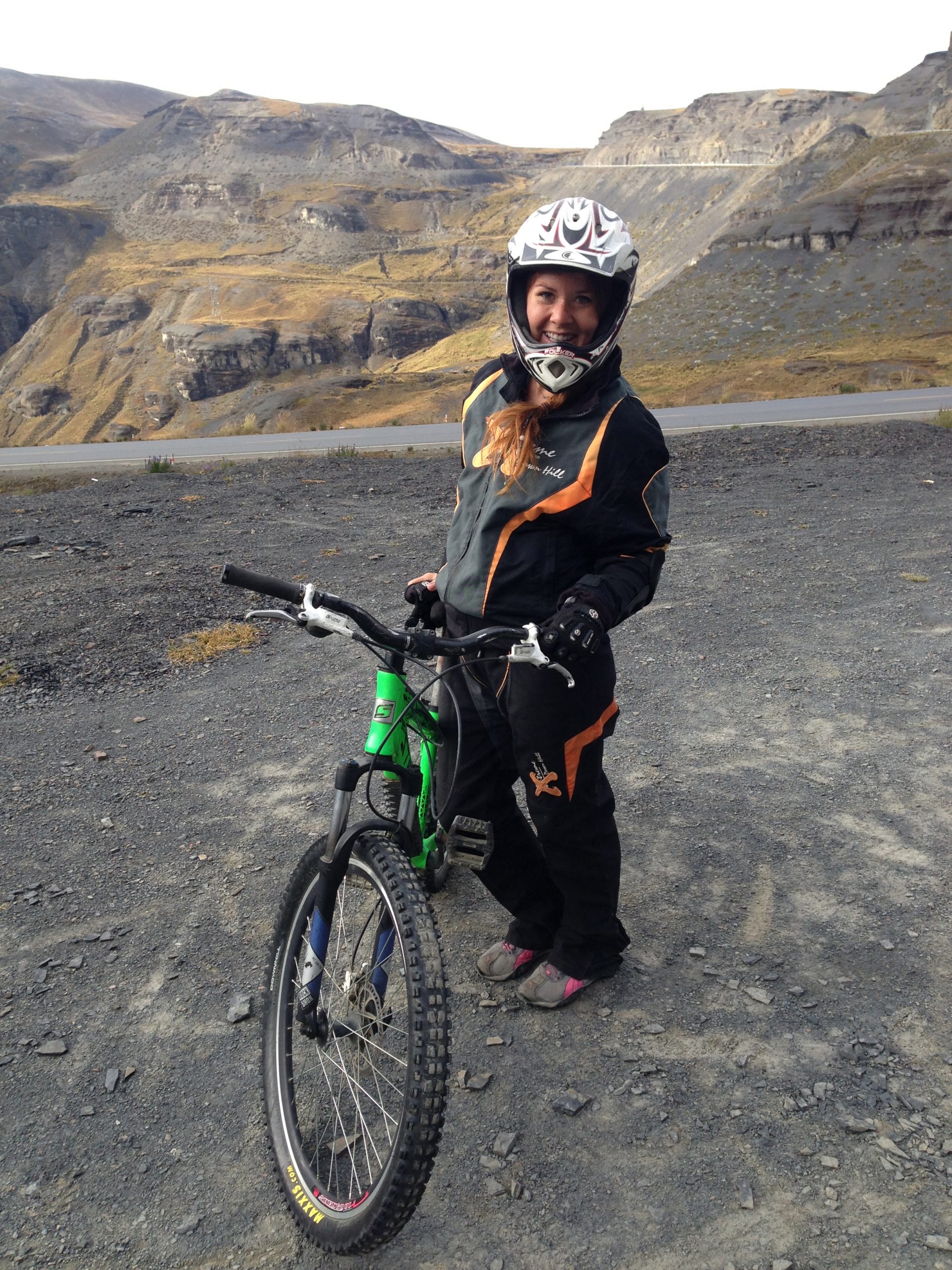 4. Learned how to make llomo saltado and ceviche in a Peruvian cooking class 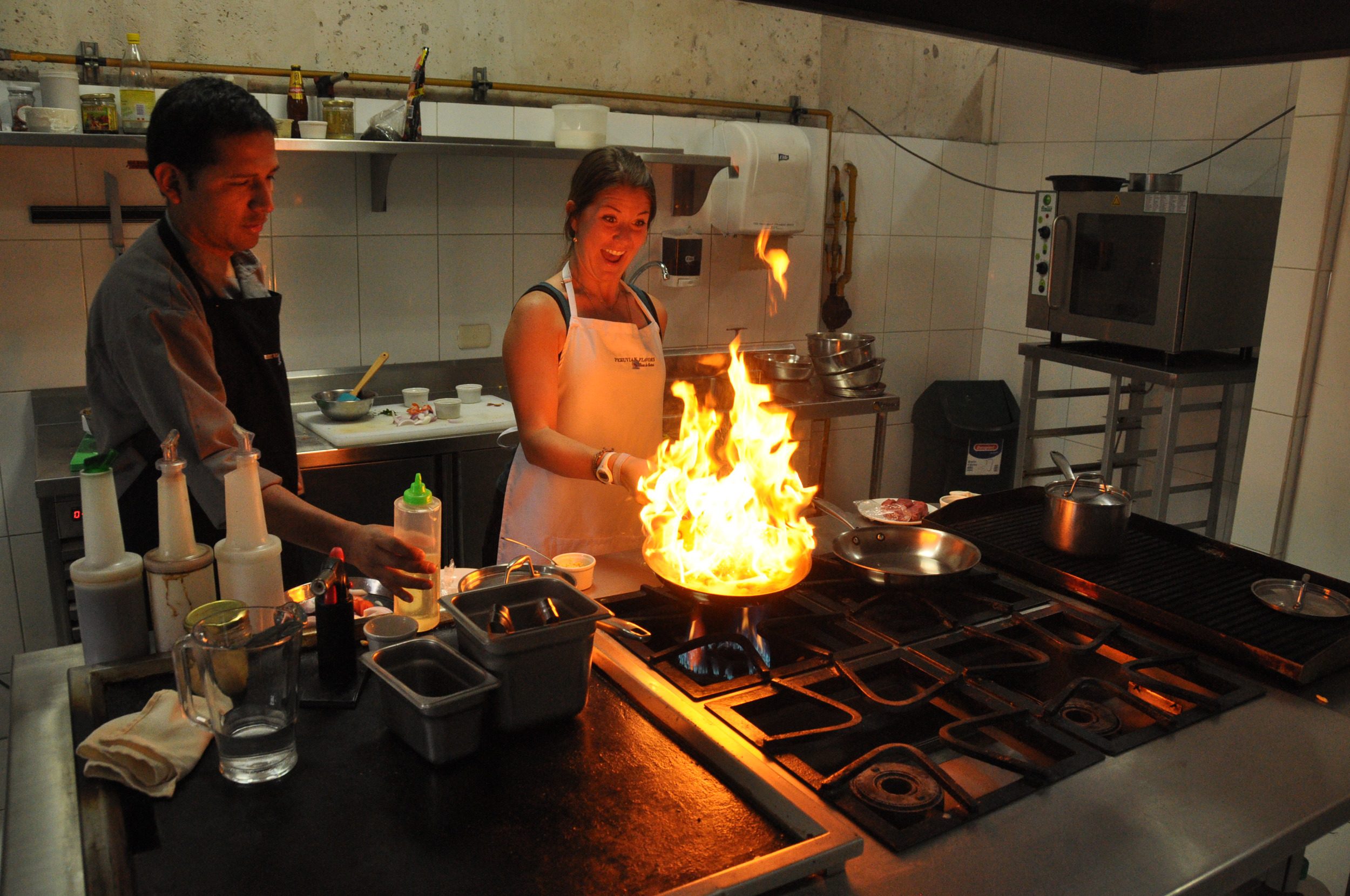 5. Was matron of honor in my best friend’s wedding

6. Toured wineries in a limo

8. Broke a wooden board with my bare hand – taekwondo style 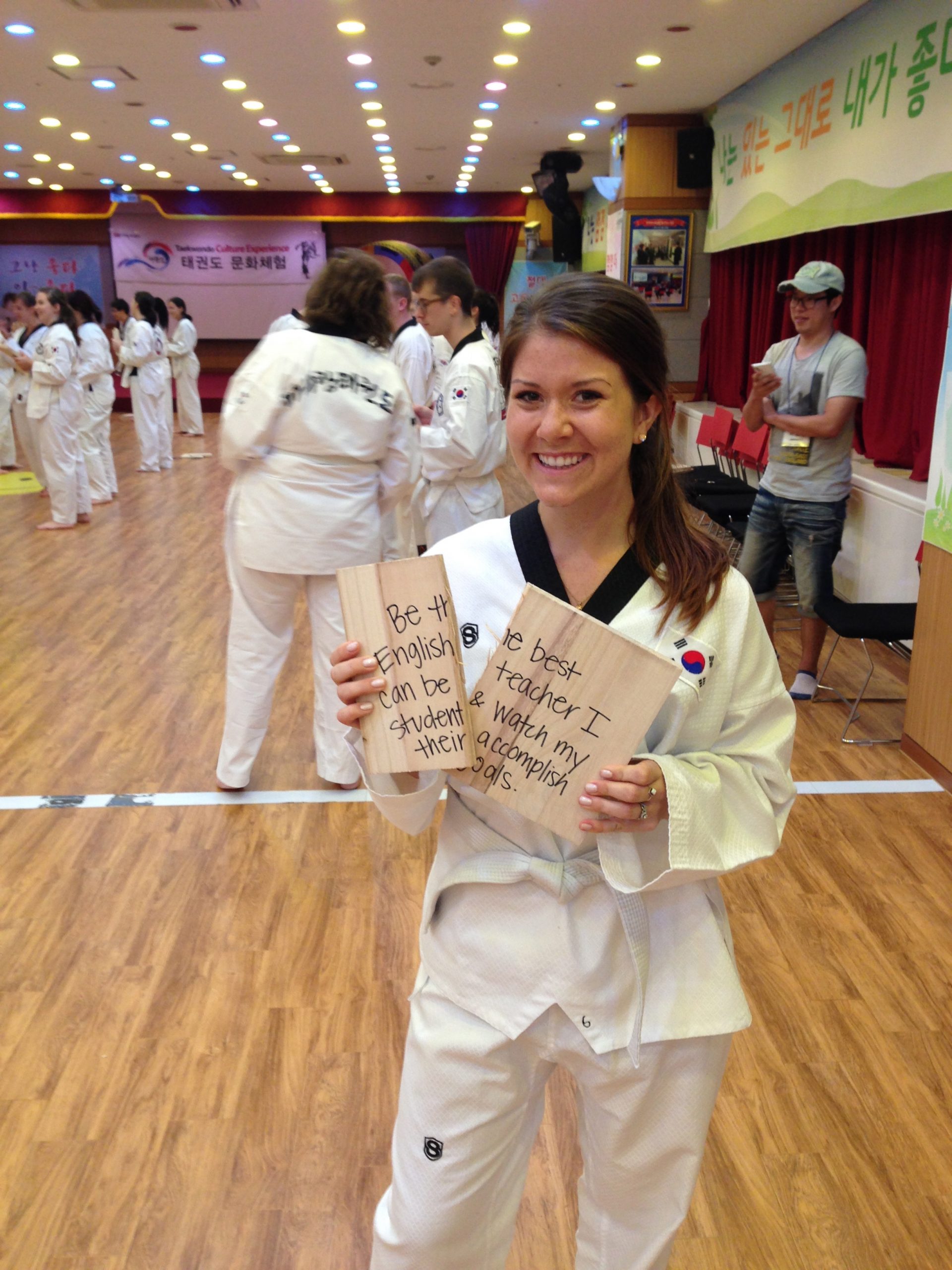 10. Danced on stage in front of a crowd of Koreans 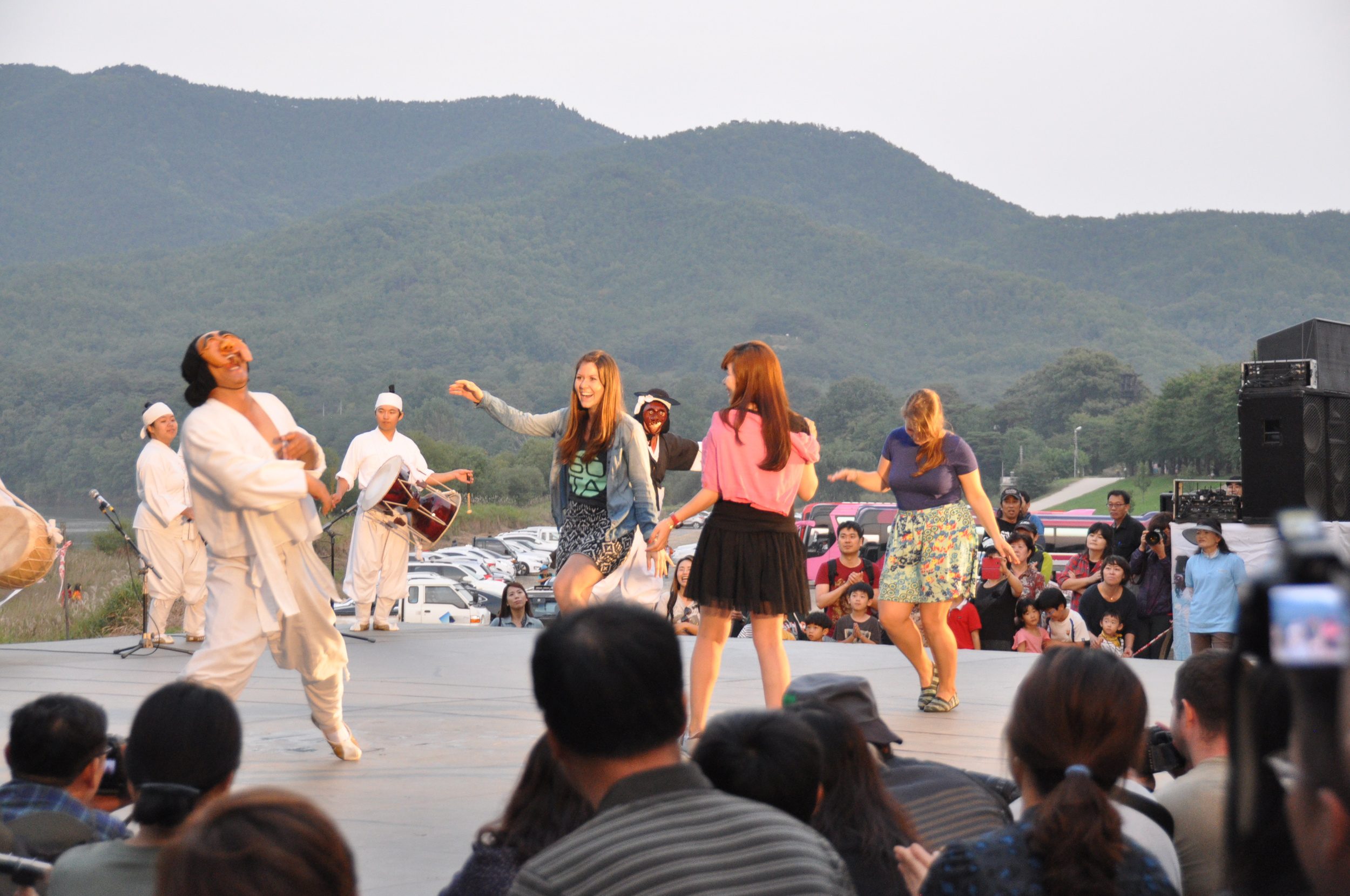 12. Was featured in a Korean newspaper for my award-winning video

13. Made a winning bet at a Korean bull fight 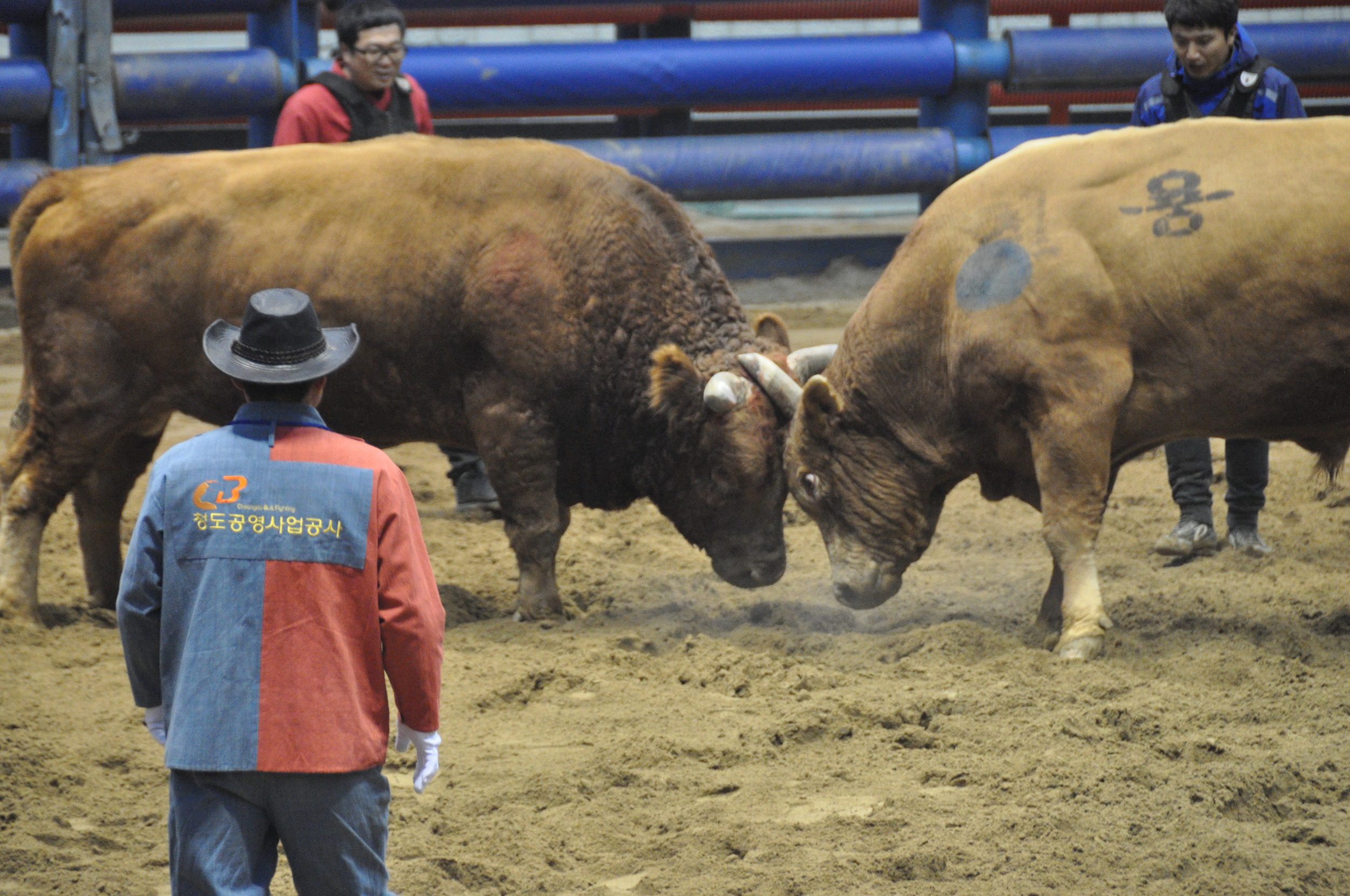 17. Went ice fishing for the first time. And no, not in Minnesota… in Korea!

18. Saw thousands of fireflies lighting up the trees while kayaking in the Philippines.

20. Learned how to free dive

21. Saw the secret beach that inspired the Leonardo DiCaprio movie, The Beach 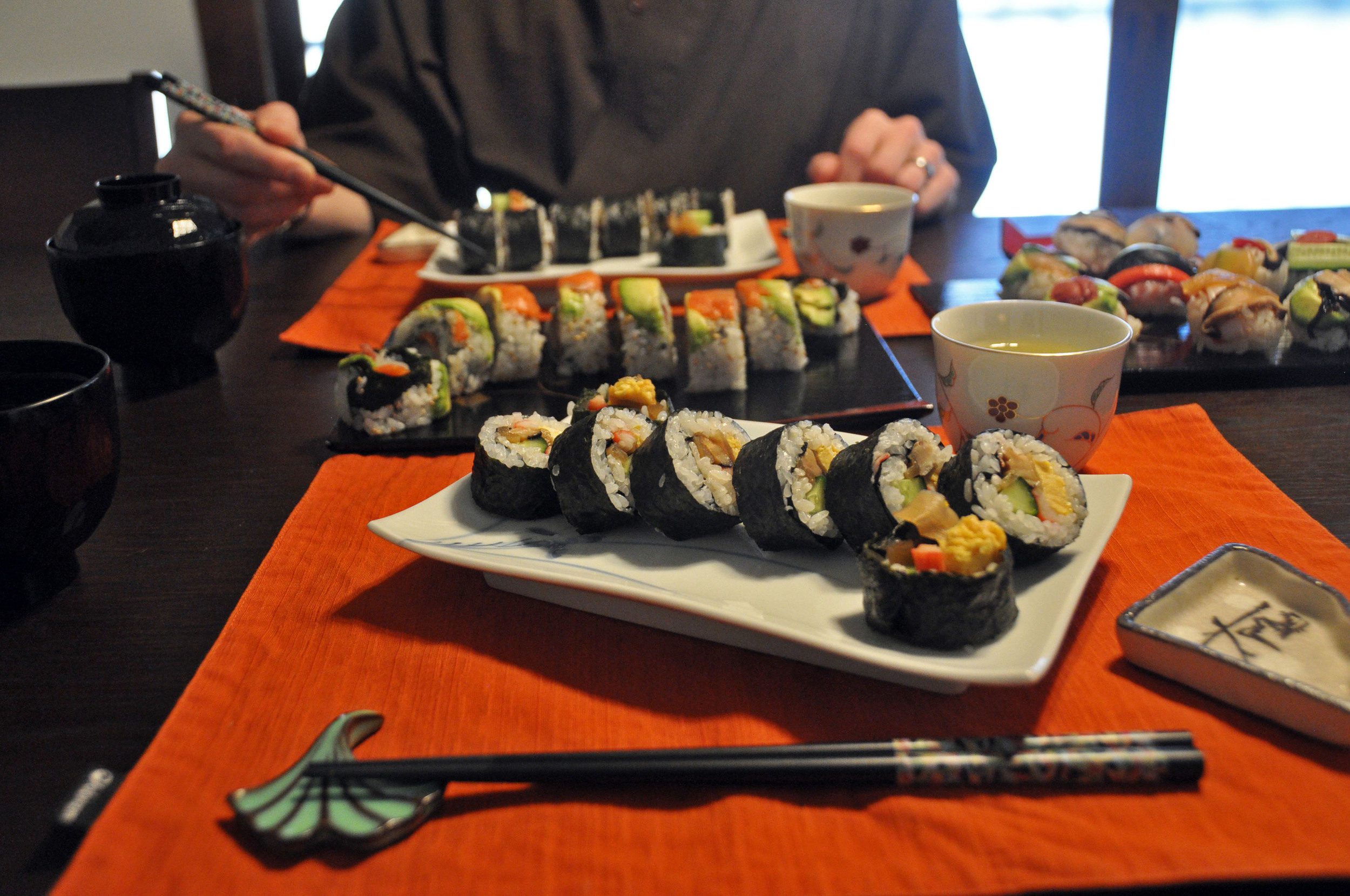 23. Played in the snow with monkeys in Japan 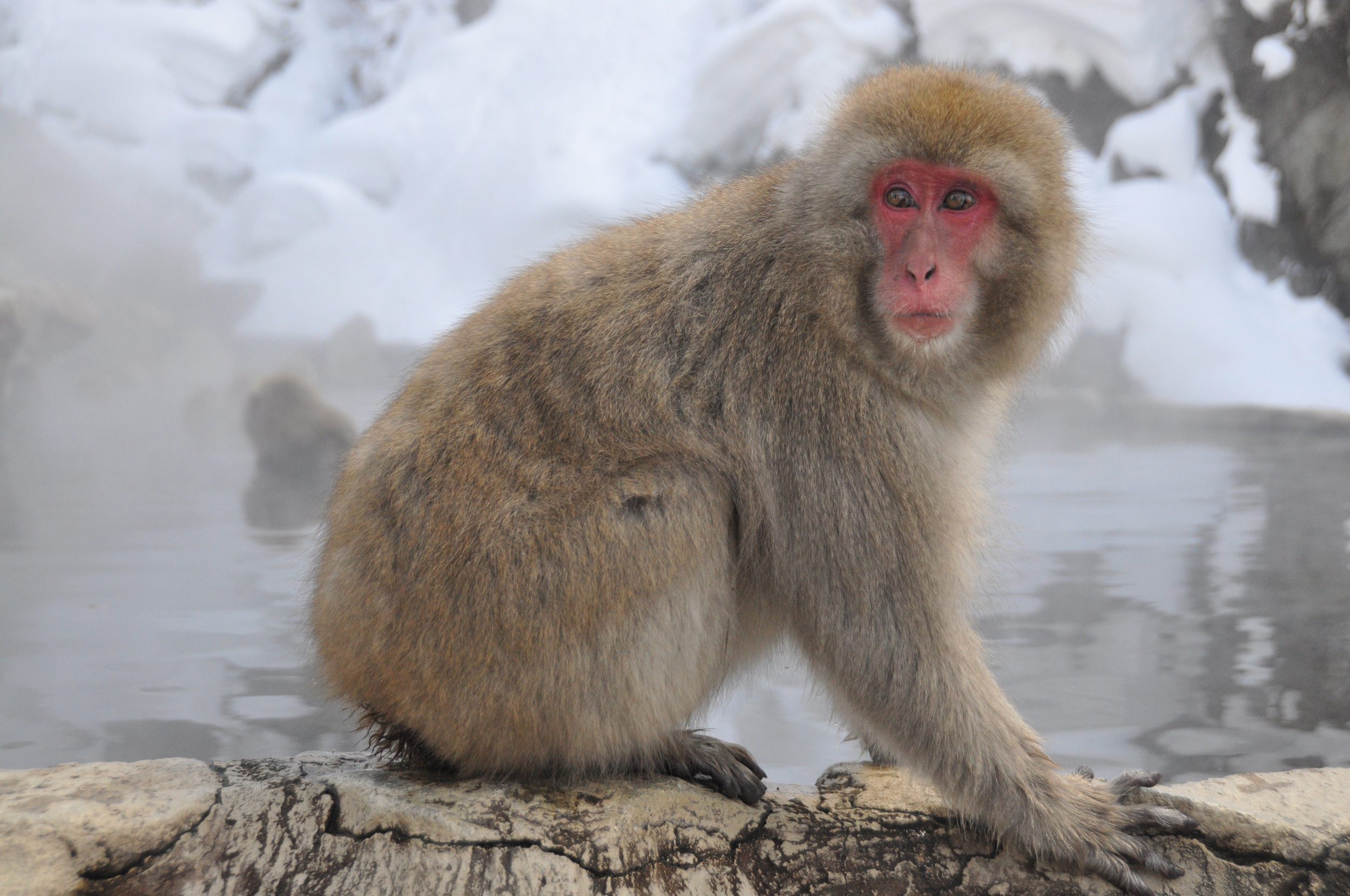 24. Wandered through the famous orange gates at the Fushimi Inari Shrine in Kyoto 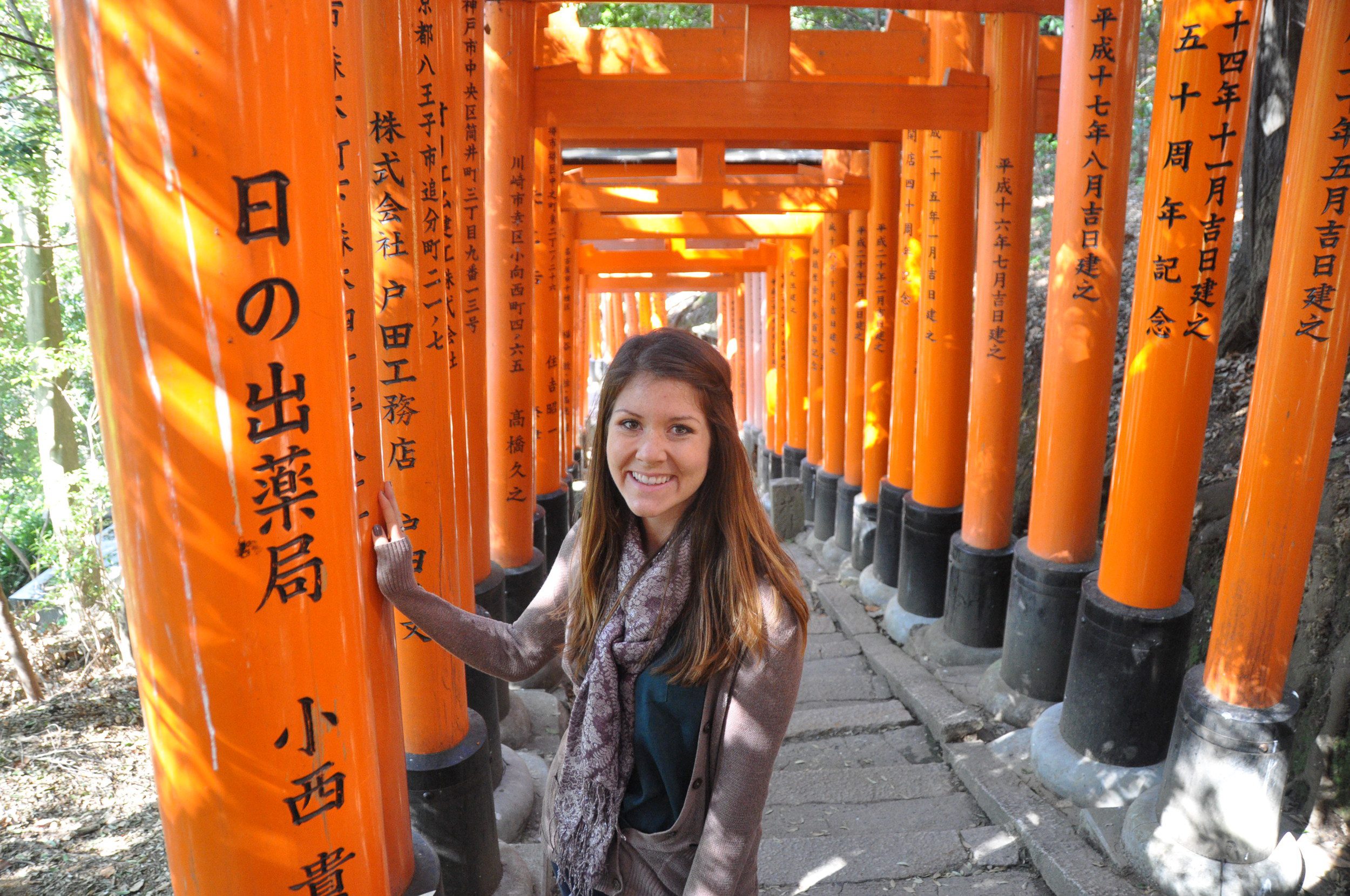 25. Got blasted with colors at the Holi Hai festival in Busan

26. Was interviewed on Japanese television before running the Gyeongju Cherry Blossom 10K race 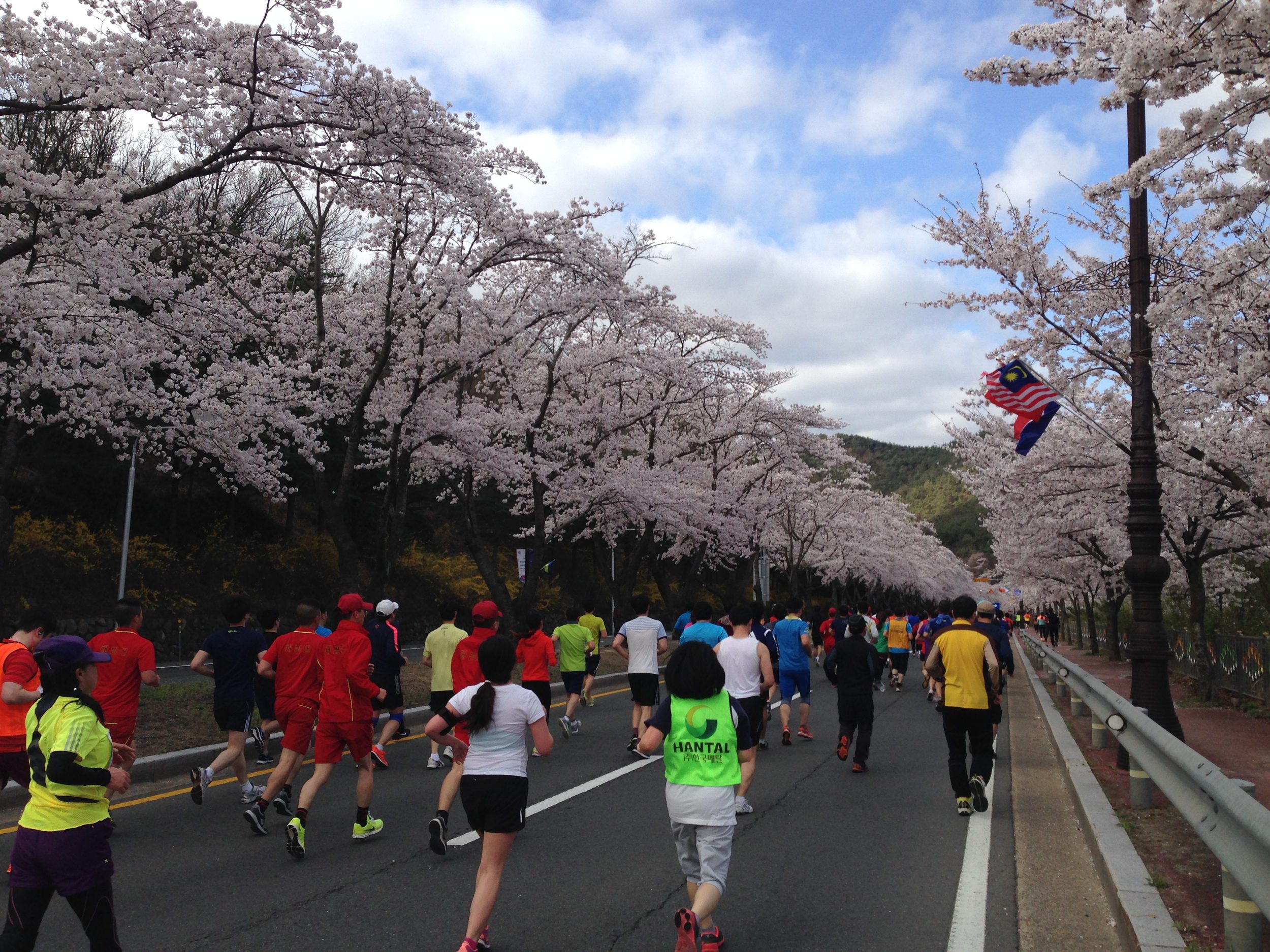 Comments (2) on “The Anxiety and Adventure of Getting Older”