During our time in South America, we did quite a few adrenaline-pumping activities including jumping off a bridge (see our post on Baños, Ecuador), and swimming alongside sharks in the Galapagos.

But Ben and I both agree that perhaps the most terrifying of all our risky escapades was mountain biking on Death Road (mostly due to the fact that it was three straight hours of fear as opposed to a short moment).

Notorious for being the most dangerous road in the world, it is an attraction for the daring, the reckless… and the crazy.

At 26 years old, we were among the oldest in our 20-person group – the majority of which were 18-year-old backpackers.

Named aptly for the number of people who perish on this road each year – in the past, more than 300 people annually – we were a little wary about this activity.

The tour company, Downhill Adventures, dropped us off near the top of a mountain and we were instructed to put on all our gear – from pants and a jacket to elbow and knee pads. All I could think as I fastened the straps was, “I really hope I don’t need these!”

The first hour and a half was easy-riding down a paved highway. Though the road was winding, and we shared the lane with semi trucks, it was nothing compared to what we were about to encounter.

We stopped for a short breakfast, then hopped in the van to head to the entrance of Death Road.

There was no more pavement. Instead, we were greeted with gravel so coarse it hurt to grip the handlebars. Actually, the bumpy ride made everything hurt. Maybe we should have splurged on the double suspension after all.

The moment that I went from nervous to scared was when the group slowed to almost a standstill. I finally saw why.

A woman from another group was sprawled out in the path ahead. There was something strange about the way she was laying there, contorted almost, on top of the gravel.

As I got closer, I could hear her cries. She was cursing, asking her companions why they weren’t on their way to the hospital.

If that scene wasn’t petrifying enough, the road ahead certainly was. It turned so sharply that we all had to break hard, making our tires skid on the gravel. At this point, the path was so narrow that if you made one mistake, you would likely end up falling into an endless abyss.

We were surrounded by lush mountains, waterfalls, heavy clouds, and a sheer cliff to our left. I am not afraid of heights, but looking over the edge made my stomach churn. It was absolutely the most beautiful part of the journey, but terrifyingly so.

On we rode, staying as close to the mountainside as possible. (Although we had earlier been instructed to move to the cliff’s edge if a car was approaching. You see, apparently the weight of a vehicle can cause the edge to crumble.

Therefore, cars were able to hug the mountain as they navigated the treacherous road, and bikers had to give them the right away. This didn’t make me feel very secure when I had to let a couple oncoming cars pass.)

Well, after three hours of hearts pumping and hands shaking, we made it to a village where we unstrapped our elbow pads and took off our helmets.

We made it through Death Road unscathed, and now it was time for a beer.

Planning a trip to Death Road? Save this article to Pinterest! 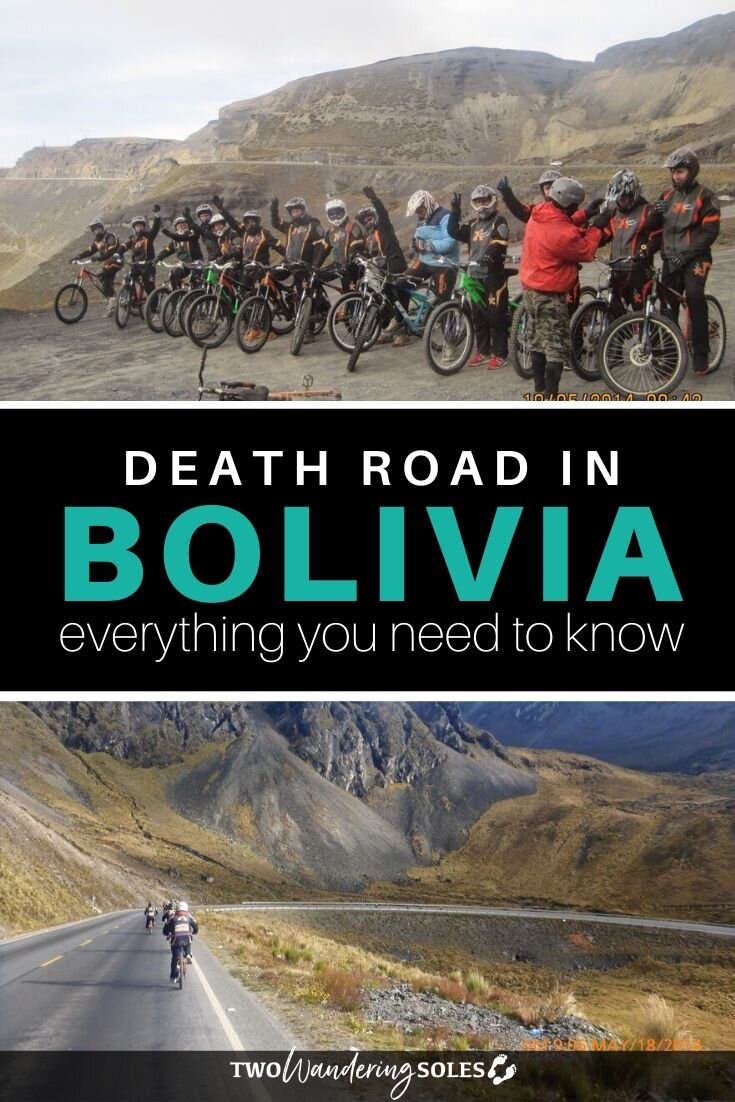 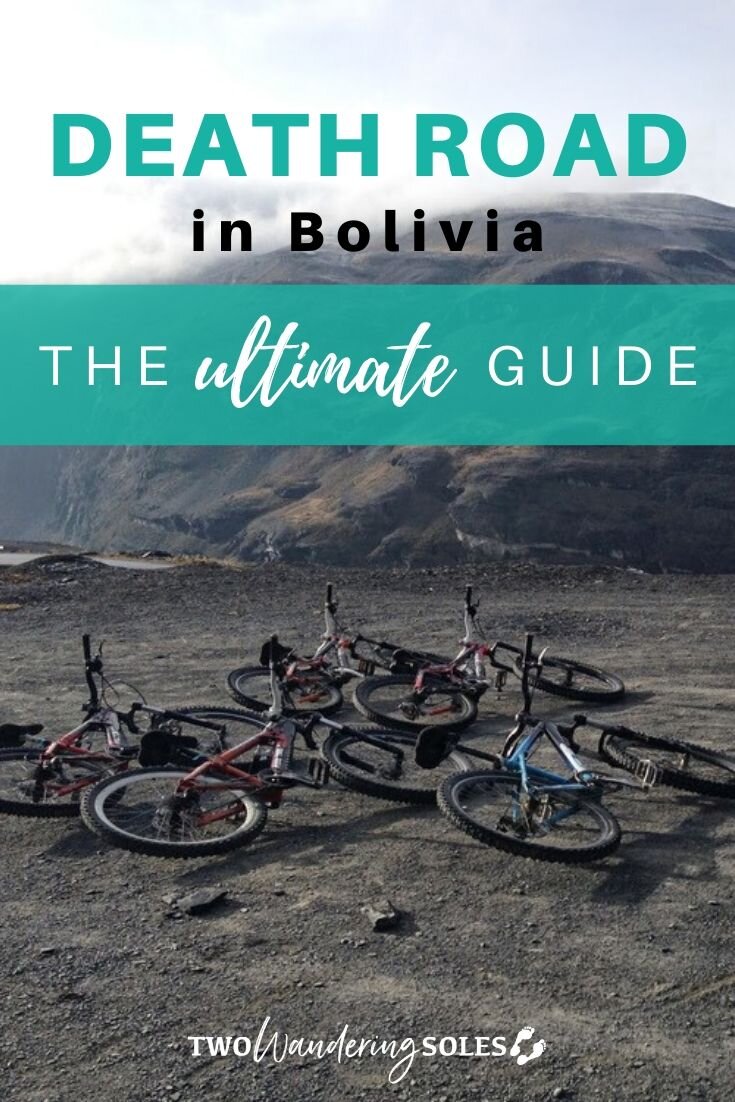 Have you ever gone to some place similar to the Death Road in Bolivia? What was your experience like? We’d love to hear from you in the comments below.

Comments (4) on “Death Road in Bolivia”