If you’re looking to dig a little deeper into the culture in Costa Rica, take a break from the adventure sports and beaches for a day and venture to an indigenous village not far from Puerto Viejo. Learning about the Bribri people, speaking with a shaman and supporting their livelihood is an unforgettable experience that will certainly stick with you after you leave Costa Rica.

While the beaches are beautiful, the major highlight of our time in Puerto Viejo had nothing to do with the sand or sea, but instead was a deeper look into the local culture.

This region of Costa Rica is home to the Bri Bri indigenous group, and we were interested in learning more, so we booked a tour with Anywhere.com. Quite honestly, we had no idea what to expect, but it ended up being one of our favorite experiences in Costa Rica.

Planning a Trip to Costa Rica? Find out the best time to visit Costa Rica based on regional weather patterns and your personal travel style.

Talking to a Shaman

The first stop was to visit a local Shaman, also known as an Awa, who invited us into the traditional thatched roof hut that is typical for the Bribri people. Inside the conical hut, we sat near a fire and listened to the shaman explain his role in the community.

He learned the work of shamanism at a young age. As is tradition in the Bribri culture, young people take on the profession of their mother’s family, so he learned from a relative. And similarly, he is now teaching his nephew the work of a shaman.

Sitting on a shelf in the hut were herbs, woods, rocks, shells and bones, all with specific healing purposes, all of which the shaman knows. He showed us the distinguishing pieces he carries with him, that give him the mark of a shaman – a bag, woven out of natural fibers to carry important stones and a large and beautifully carved walking stick that was given to him when he was young.

We were able to ask him questions and then came the really cool part: He gave both of us a blessing, and read our energies. He even was able to determine some personal things about us from this ritual, which was kind of crazy. Neither of us has ever had our fortune told, so it was kind of a first!

After we said our goodbyes to the shaman, we drove a bit further and stopped off at a small clustering of structures that appeared to belong to a few families.

The first hut had traditional artwork on display, the most unique of which was a huge assortment of beautifully carved dried gourds for which the Bribri are known. We couldn’t help but buy one!

We’re both huge fans of chocolate, so it was really interesting to see the entire process. We cracked open a ripe cacao pod, watched as one of the women of the family roasted the beans over open fire, and got to grind them in a press until the chocolate flowed out like something out of Charlie and the Chocolate Factory! 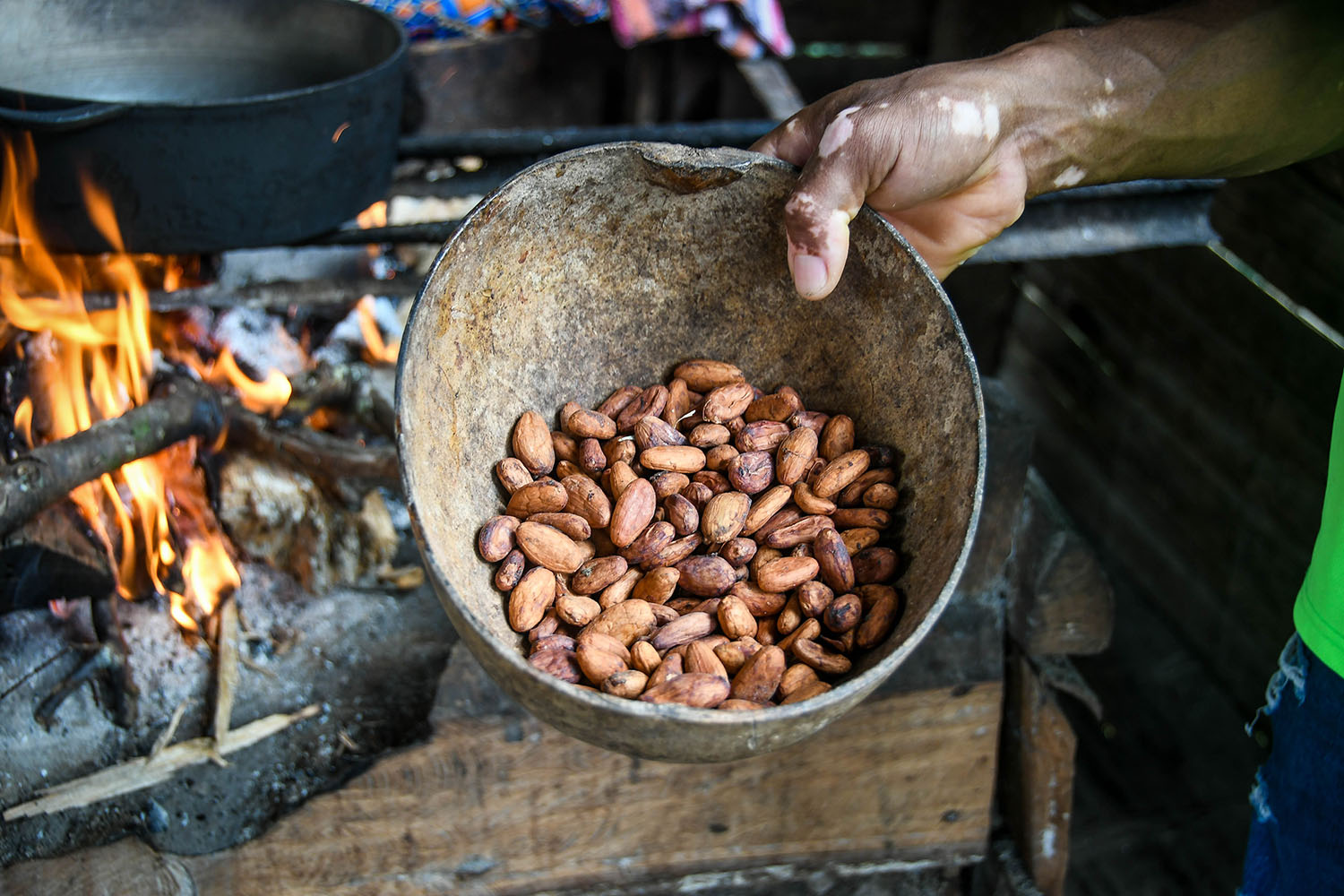 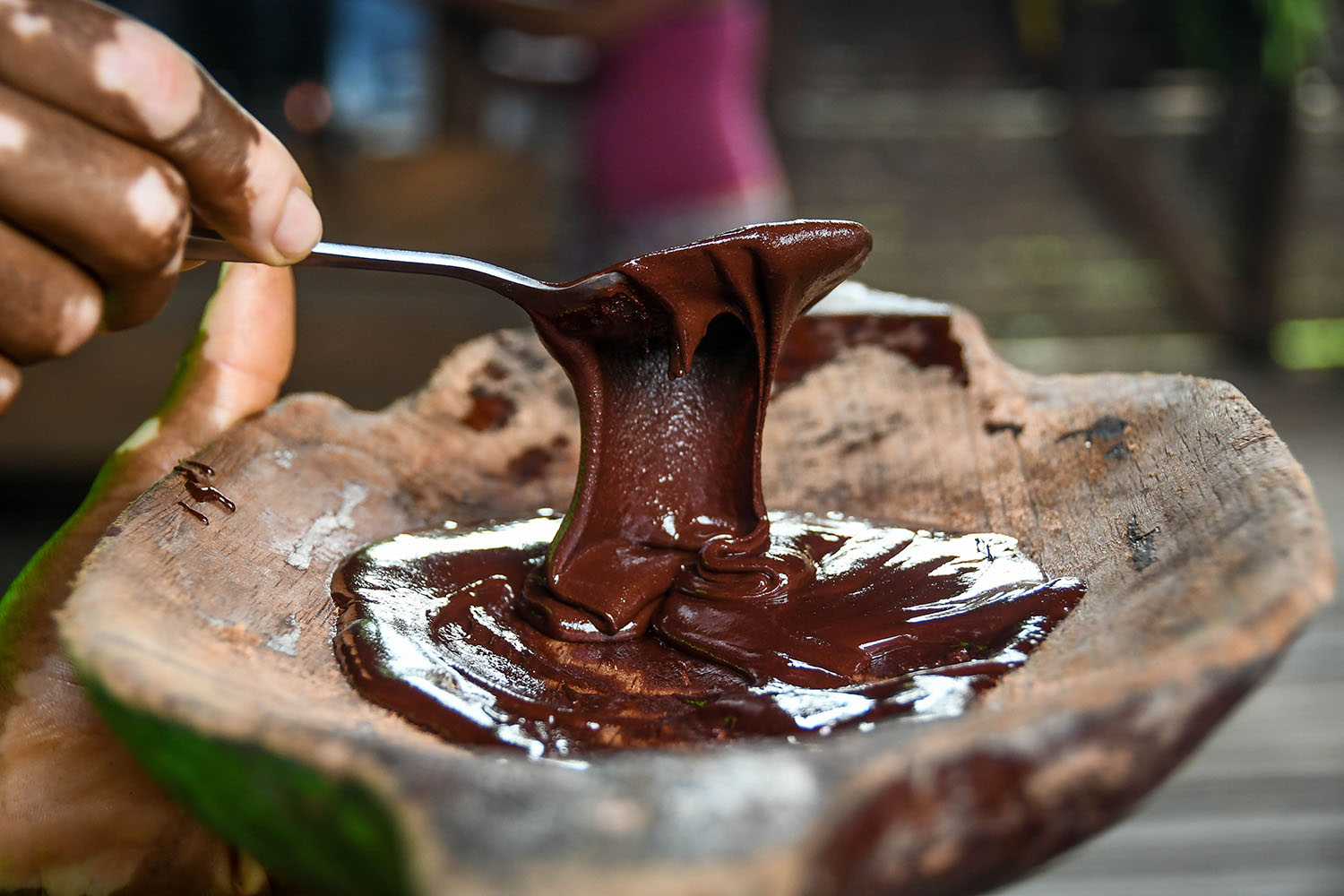 We spread some of this fresh, chocolate (sans sugar!) on a banana, which was oh-my-gosh delicious! And we also drank some of it mixed with hot water and sugar in cups fashioned out of dried gourds.

Everything you need to pack for Costa Rica!

One of the things that impresses me the most about indigenous cultures is their reliance on the earth and their deep understanding of their natural resources.

We walked through the tropical forest with one of the men in the family, and he showed us plant after plant that all had different uses.

He squished a small berry between his fingers and made me natural lipstick, blush and hair dye. When we chewed on one seed, he told us all food would be sweet for the next hour, and when we tasted a piece of starfruit (which he picked from a tree on the path, of course!) we were surprised to find that it wasn’t sour like they typically are.

It started to rain a bit, and when I turned around, the man had chopped part of a plant and handed it to me saying that it was a natural umbrella!

We kept walking on the path like this, him pointing to a plant I never would have noticed, and all of the sudden, he is showing us an ingenious use of it.

They even had a fenced garden full of poison dart frogs hanging out in their habitat. I was a little nervous to be walking in there with all these poisonious creatures, but the guide said they were not “very” poisonious. Which convinced me to go in, but I still was careful of what I touched.

He even made us a necklace from plant fibers and seeds in a matter of minutes.

For lunch, we were served a curry of sorts with chicken, potato and yucca, which was quite tasty. And as is tradition, it was served in a makeshift bowl crafted from a banana leaf. And forget about utensils… We dug in with our hands. Apparently the Bribri are on top of the zero waste lifestyle!

The tour ended with a stop at the Bribri waterfall. While nothing spectacular, especially compared to some of the other waterfalls in Costa Rica, we can never complain about stopping for a dip!

Plus, we were the only foreigners at this falls during our time there, which was refreshing in a country where everything seems to be marketed towards Westerners.

How to do it yourself

If this experience sounds like something you’d be interested in, we would highly recommend booking this tour. This is something you couldn’t really do on your own, and it was unlike anything else we experienced in Costa Rica. We booked through Anywhere.com and they picked us up and dropped us off from our hotel in Puerto Viejo.

Planning a trip to Costa Rica?

We have lots more resources on travel in Costa Rica and destinations throughout the country. Check out our Ultimate Costa Rica Travel Guide for all the answers you’re looking for, or read some of our favorite articles below. 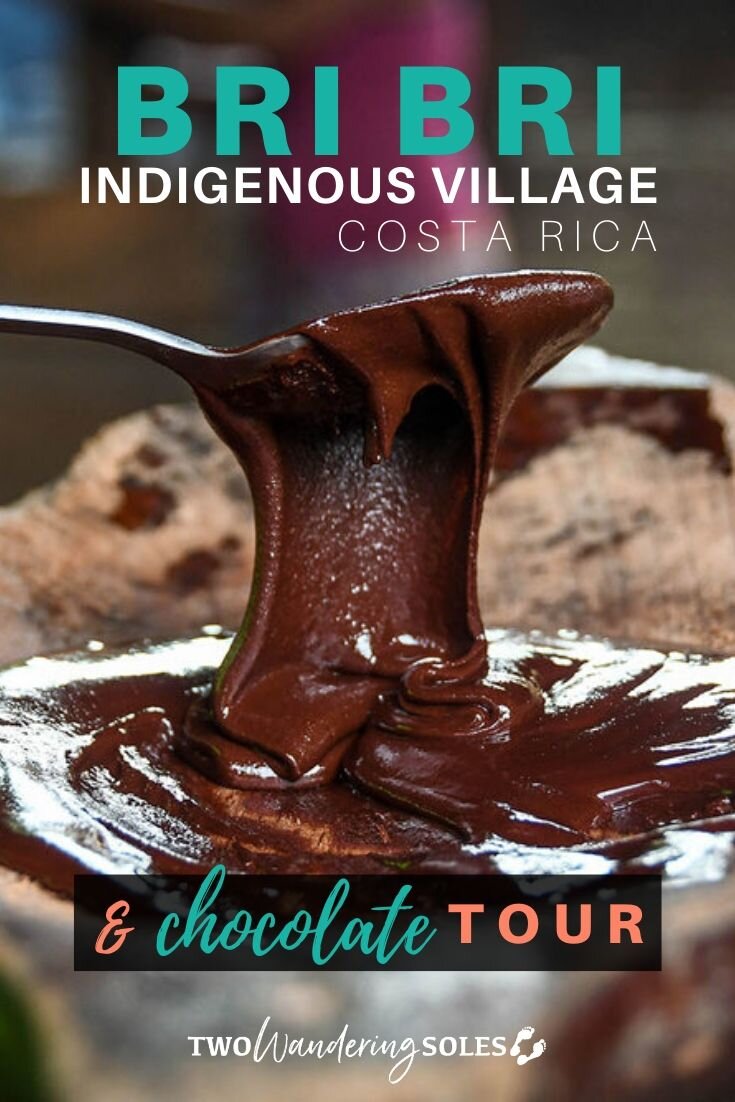 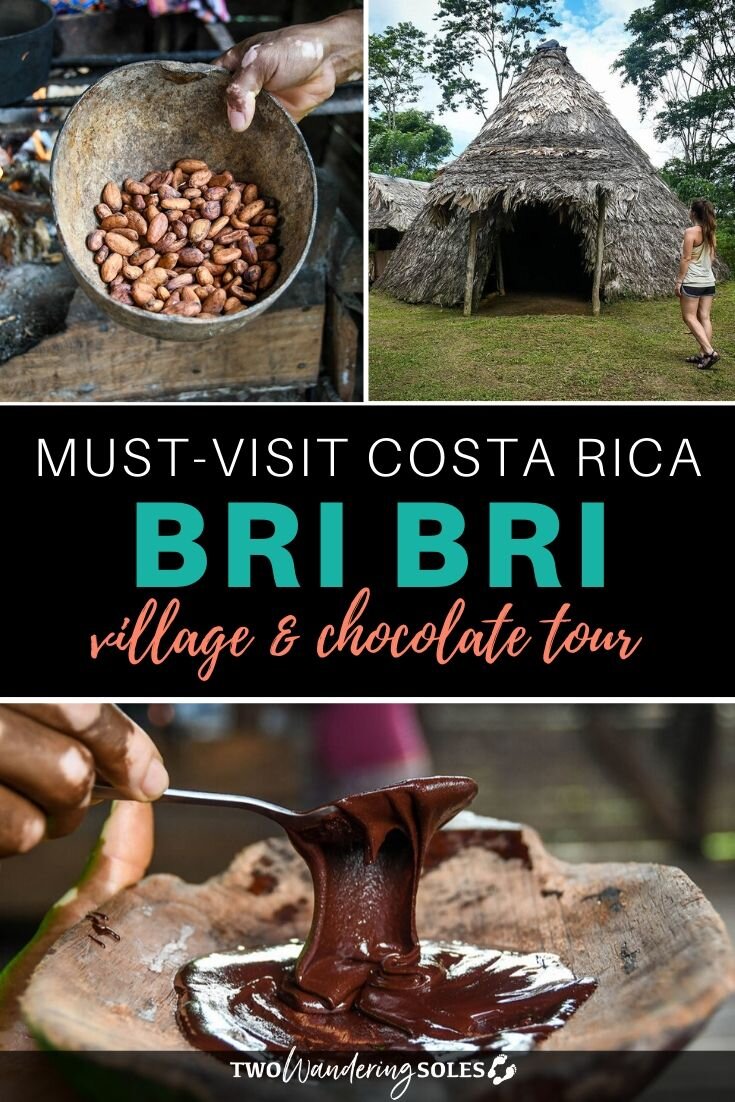 What do you think of the Bri Bri Indigenous Village? Would you want to go on that chocolate tour? 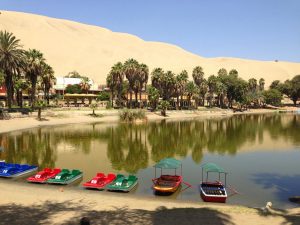 15 Adventurous Things to Do in Huacachina, Peru 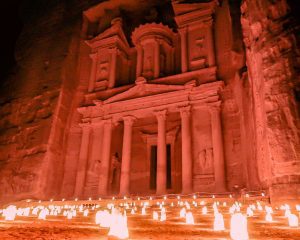 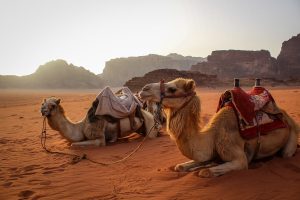 Best Time to Visit Jordan: When to Go & When to Avoid 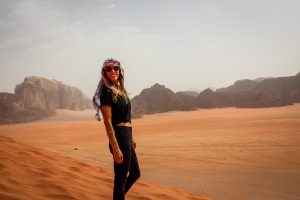 25 Unforgettable Things to Do in Jordan 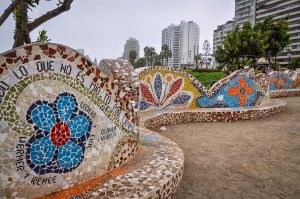