After a night bus and early morning border crossing, we were seriously in need of some shut eye. In fact, our whole time in Peru had been early morning treks and late nights of partying. We hadn’t truly slept in three days, and just keeping our eyes open was a challenge.

Just across the border of Bolivia is the small lake town of Copacabana. Its proximity to Isla del Sol – the island of the sun – makes it a popular stopping point for travelers.

As soon as we stepped foot off the bus, we bought ferry tickets to the island. The next ferry didn’t leave until 1:30, so we had a few hours to kill. We grabbed breakfast, bought some snacks (and a couple bottles of cheap Bolivian wine), and wandered down to the lake front.

Finally at 1:30, we boarded the crowded ferry and got the last seats on the top deck. It was a bit windy, but I guess that helped us stay awake.

Hailing from Minnesota – the land of 10,000 lakes – we wondered if Lake Titicaca would live up to our fellow travelers’ rave reviews.

It is, in fact, quite an impressive lake.

And it is massive.

It is no Lake Superior, but it is surrounded by the snow-capped Andes.

The boat ride lasted about an hour and a half, and when we docked, we were immediately surrounded by small boys telling us to follow them to their hotel.

They used basic English words to describe why we should follow them.

They certainly knew their “hotel lingo”.

Usually we try to avoid these situations, but in our tired state, we followed a little boy named Oliver to a hotel we had read about in our Lonely Planet book (known affectionately as the “Backpacker’s Bible”).

Had we known that Oliver would lead us uphill for the next twenty minutes while we carried our increasingly heavy backpacks, we may have chosen to follow another little boy. After climbing up endless stairs during the Inca Trek, then up a mountain in the Colca Canyon, we vowed our hiking days were over for a bit.

Well, we were wrong.

Finally, we arrived to Inti Wasi Lodge, sweating, out of breath, and dizzy from the altitude, but nevertheless grateful to finally be there.

Our room had a stunning view of Titcaca and the surrounding mountains, but instead of enjoying it that first afternoon, we decided to take a nap. We shut our eyes at 2:30. At 6:00 that evening, we both stirred, but decided we were too tired to get dinner. We didn’t wake up until 8:00 the next morning, 17 hours later.

We slept through lunch and dinner. If you know either of us, you know skipping meals is NOT typical behavior for either Ben or myself.

I guess we really needed to catch up on some sleep!

The next morning after breakfast – our first meal in almost 24 hours – we broke our “no more hiking” rule and made our way from the south end of the island to the north.

The walk itself was nowhere near as challenging as most of our other treks thus far, but we weren’t disappointed by its beauty.

We made our way through traditional Bolivian villages and saw the locals going about their daily lives. The view of the lake and mountains all around us was breathtaking. After being around other tourists for so long, it was refreshing to run into only a few other foreigners along the way.

Although the two and a half hour hike was not difficult, when we reached the north end of the island we opted to take a ferry back to the other side of the island instead of retracing our steps. Lucky for us, we made it just in time for the last ferry of the day.

During the ferry ride, we noticed that despite applying sunscreen we were both burnt. Maybe we should have put on a second layer? It is the Island of the Sun, after all!

After a lunch of the famed Titicaca trout, we went back to our hotel, where we spent the afternoon taking in the incredible view, playing cards, and drinking wine, of course. 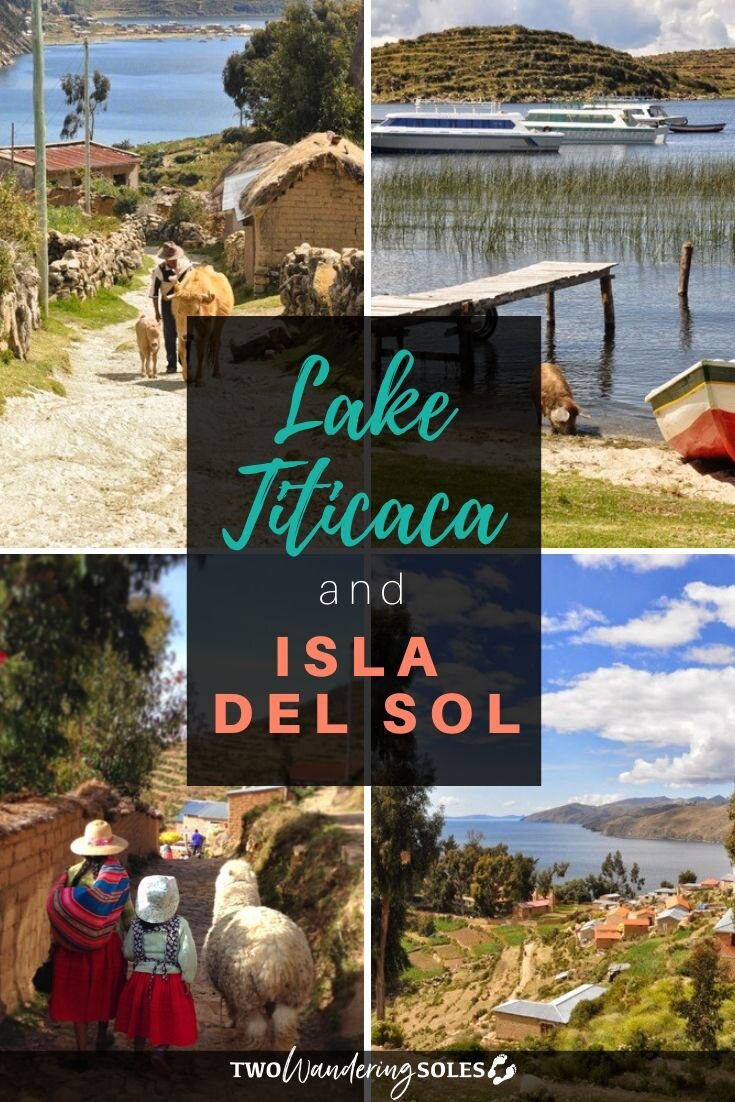 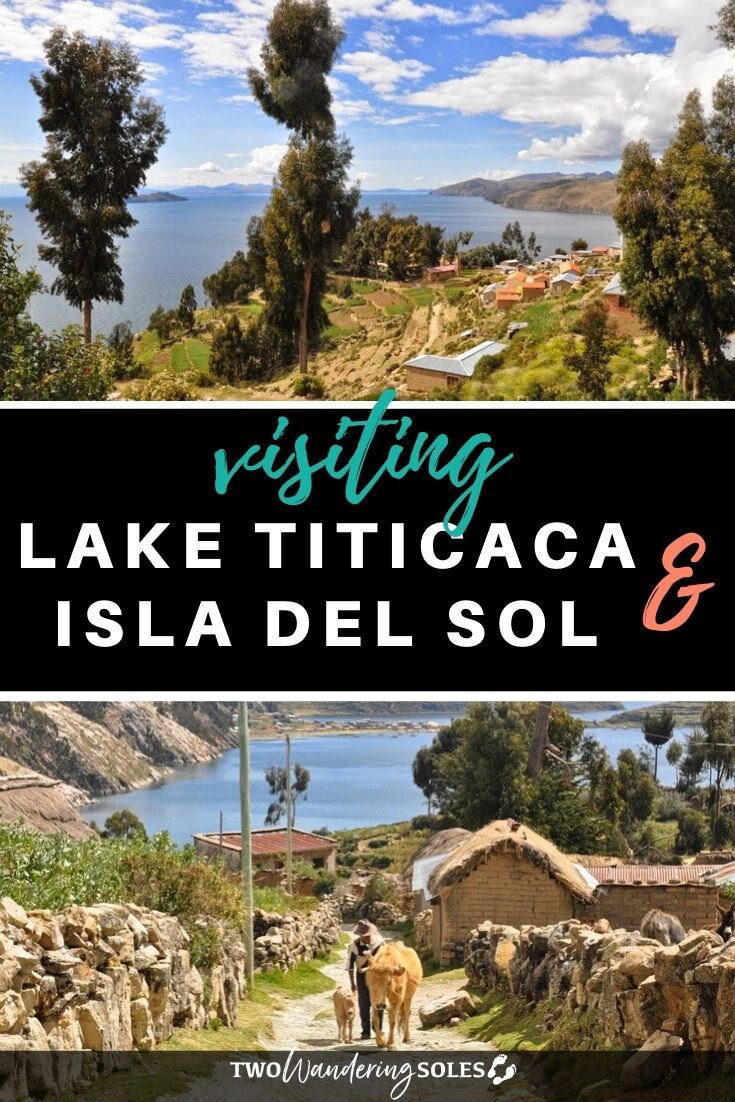 What do you think of Lake Titicaca and Isla del Sol? Would you want to visit? Let us know in the comments below and we’ll do our best to get back to you!