Last night Ben and I went to a Twins game… a Seoul LG Twins game, that is.

We’d heard from our co-teachers and friends that Korean baseball games are an experience not to be missed, so we figured we better make it to a game before the end of the season.

As it turns out, the rumors are true.

In the evening, we took the train 40 minutes into the neighboring city of Daegu – the fourth biggest metropolis in South Korea.

The baseball stadium, home to the Samsung Lions, is just a short walk from Daegu station. It is small by American standards, but this means that every seat is a good one and close to the action (even in the upper deck).

I do love baseball games back at home, but I can tell you American baseball has nothing on the Korean version of the sport when it comes to atmosphere.

This was more like a soccer match than a baseball game – fans shouted chants and danced throughout the whole nine innings. Ben couldn’t get over the fact that they continued to yell even while their own team was at bat. I guess they weren’t as concerned about distractions as we are at home.

There is at least one token foreigner on each team, and we googled the heck out of them while we watched. Every time one American player on the LG Twins, Brad Snyder, was up to bat, the fans chanted something incomprehensible.

We finally figured out that they were chanting his last name, Snyder.

(Side note: In the Korean language, words that end in “er” are not common, so the pronunciation – and number of syllables – is quite different.)

Our seats were behind home plate and overlooked the “special seating” section. These seats had tables in front so fans could enjoy the chicken and beer they unpacked from their coolers in comfort.

The tie game was nail-biting, even for us foreigners who had no real allegiance to either team. We were debating whether to cheer for the local team, but being Minnesotans, it just seemed wrong not to cheer for the Twins! (I mean, their uniforms are nearly identical!)

There was a pretty even divide amongst the fans, making it an exciting nine innings. Each time there was a good play, half the fans erupted.

In the bottom of the eighth, Yamaico Navarro, a player from the Dominican walked up to bat as fans waved his country’s flag in the air. He responded to their enthusiasm by hitting a homerun to win the game for the Lions. And better yet, to ensure them a spot in the playoffs.

It was then that we decided we were actually cheering for the Lions.

Yes, we were thousands of miles away from home, but somehow the replica “Twins” uniforms and lights illuminating the familiar diamond-shaped field made us feel at home.

Don’t forget to save this to Pinterest for later! 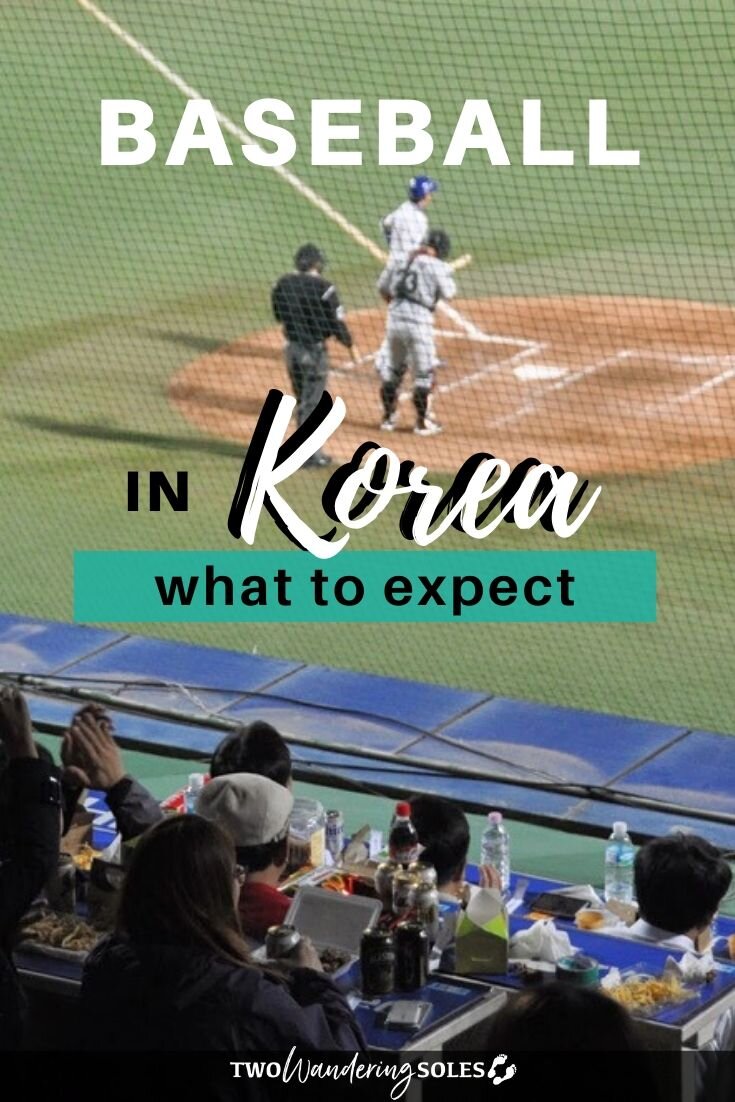 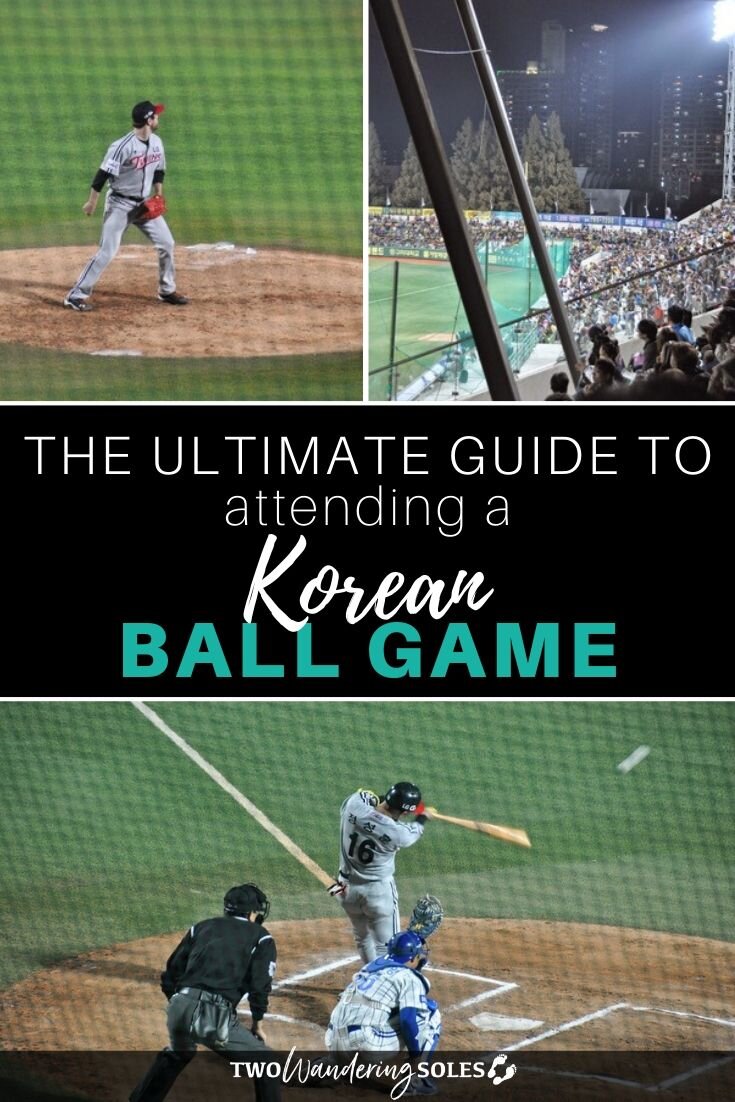 Have you ever been to a Korean Ball Game? What’s it like?