A couple months ago, I had a conversation with a fellow backpacker who was hating on travel bloggers. We were on a beach in Cambodia, and as our feet made prints in the sand, I listened and found myself nodding along with many of her points.

Her beef is this: Many travel bloggers focus on sharing how cheap travel is, posting articles with titles like, “Travel Southeast Asia for $25 a Day”.

This girl, with passion in her eyes, went on to say that people read these blogs, then come to developing nations expecting to pay close to nothing for accommodation, food, souvenirs and drinks.

They insult locals, and complain about how expensive their $4 mojito is when there are people in the community they’re visiting without clean water to drink.

I’ve seen what she’s talking about.

I have lost count of the number of backpack toting travelers I’ve overheard bartering over pennies. And many times I come close to shaking their shoulders and asking, Is saving 50 cents really worth it?!

But I’ll admit, there are times when I, too, get caught up in money.

I know that at local markets in many countries, bartering is expected. But I also know that there’s a way to do it respectfully. Don’t be the asshole that when quoted $20 for a hand-woven tapestry, counters with an offer of 75 cents. Yes, I’ve seen it done.

Some of these unrelenting hagglers are the same people who argue for minimum wage to be raised in their own countries. Yet somehow when overseas, they suddenly don’t care about this issue.

But what about the other side?

I agreed with what this girl was ranting about. But as she spoke with fervor, I suddenly stopped nodding. There’s another side to this issue that she was blatantly ignoring.

As a foreigner, you’re often charged more than locals pay for the same service or product. It happens to us all the time. We like to call it a “foreigner tax,” and yes, it’s frustrating.

There are times where it feels like everyone I encounter is out to rip me off, and it’s as if people are only nice to get money out of me.

Sometimes I feel like I’m being taken advantage of and I find myself wanting to scream, “I’m not a walking ATM!” It’s tiring, disheartening and can make even the most generous of people jaded.

But then that girl’s words creep into my head again.

Listening to her rant brought up a question I hadn’t really considered before: Are most budget travelers being unrealistic when they expect to pay such a low price to see the world? And is it truly possible to travel ethically and sustainably on a budget?

What kind of travel budget are we talking about?

Just a few weeks ago, I sat in a café and overheard a conversation taking place right next to me. Two people were talking about how their travel plans were coming to an end because money was running out.

“India is just so much more expensive than I thought it would be,” one guy said as he sipped a banana lassi.

I flashed back to my discussion with that girl with fire in her eyes, and almost wanted to butt in. I wanted to ask him, “How much were you expecting to pay in India?”

On average, Ben and I spent $44 per day in India. Total. Between TWO PEOPLE. That’s with all our food (and we eat a lot), higher end transportation, and air-conditioned private rooms. That’s daily ice creams and the occasional beer. That’s a morning tea, jewelry, and several meals at organic vegan rooftop restaurants.

We didn’t splurge a ton, but we also didn’t try super hard to stay within a budget.

So I want to ask this young man, “Did you really expect to travel, sip on the occasional banana lassi, and spend less than $22 a day? And if so, where did you get this idea? How much do you feel that the people who make your lassis and clean your hotel rooms should earn?”

I know how it can be when a country is more expensive than I’m planning. I’m usually pretty frustrated, so I can understand where he’s coming from. And although it may sound like it, I’m not upset at him. I genuinely want to know how he thought he’d get by on less money. Was he given this idea after reading a travel blog?

Can traveling on a budget truly be ethical and sustainable?

So here I am, months after this discussion with that girl on the beach in Cambodia, still trying to figure out how I feel about this topic. One thing’s for sure: it’s not cut and dry.

On one hand, being a traveler – no matter how tight of a budget you stick to – means you have disposable income of some sort. In other words, all travelers are privileged, to what degree I can’t ascertain.

But on the other hand, just because my passport says United States of America doesn’t mean it’s right to charge me an exorbitant amount of money when others pay just a fraction for the same thing.

What does all of this traveling responsibly on a budget mean?

I want to pay fairly for the services and products I buy at home as well as overseas, but I don’t want to be ripped off or taken advantage of. So where does that leave me?

It brings me back to my original question: Is it possible to travel ethically and sustainably on a budget?

Yes, I think so. Paying fair prices should be affordable and possible even for frugal backpackers. Ben and I have been making an effort to do just this for the past 8 months, and you know what? It’s easier than we thought.

We’ve posted quite a few budget-minded articles that explain how we travel on a budget and how we saved $22,000 each in one year. We have even divulged to readers exactly how much we spend while traveling.

Even though the girl from the beginning of this story may not agree with this, we will continue to share our budgeting information. Our intention in sharing this is to show others that traveling can be accessible to anyone. It isn’t only for the rich.

But in spreading this information, we never want to imply that the focus of travel should be on a budget, or that it’s okay to insult people just to save a couple bucks.

I think one of the biggest thing we as travelers need to remember is that we are visitors in another country. Remember that wherever you are, people deserve to be paid a fair wage for their labor. Before your travels, do some research and find out what is a fair price to pay for a service and use that knowledge to barter respectfully.

It’s not always easy, and I’m certainly not perfect in this endeavor. But it’s a learning process, and I can feel myself growing each day. And that’s the point after all, isn’t it?

We are passionate about traveling in a way that is ethical, sustainable and responsible. Visit our resources page on Responsible Tourism to learn more about how you can create a positive impact everywhere you travel! Or read some of our favorite articles on responsible travel below… 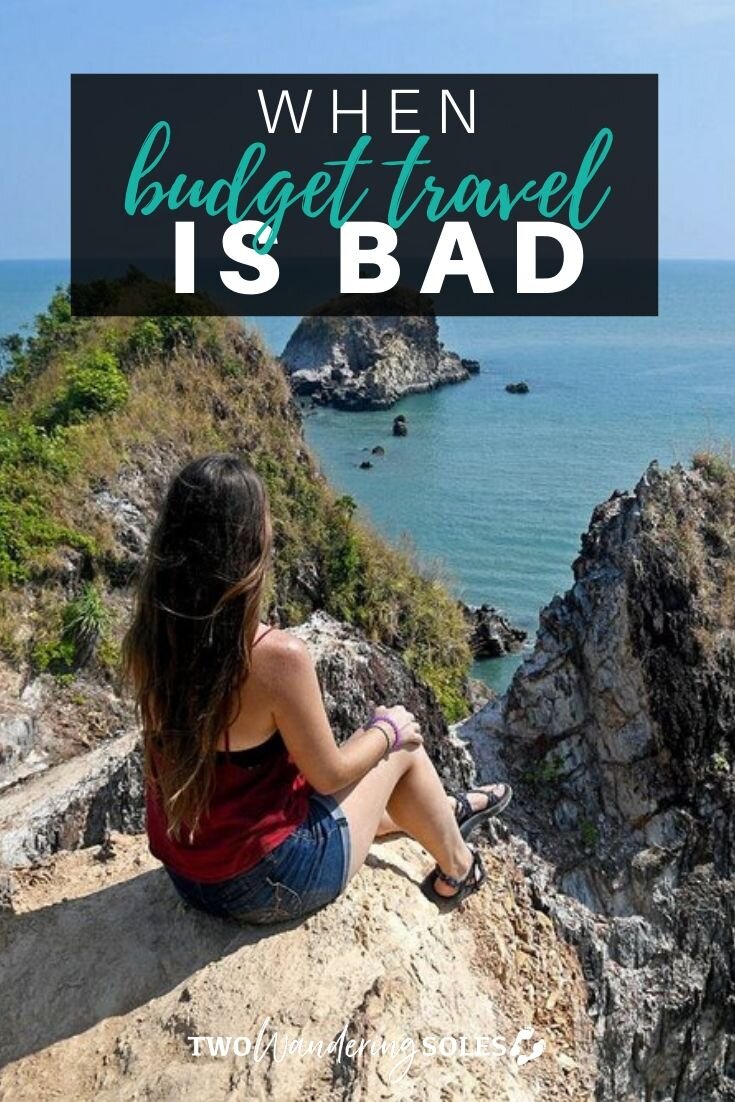 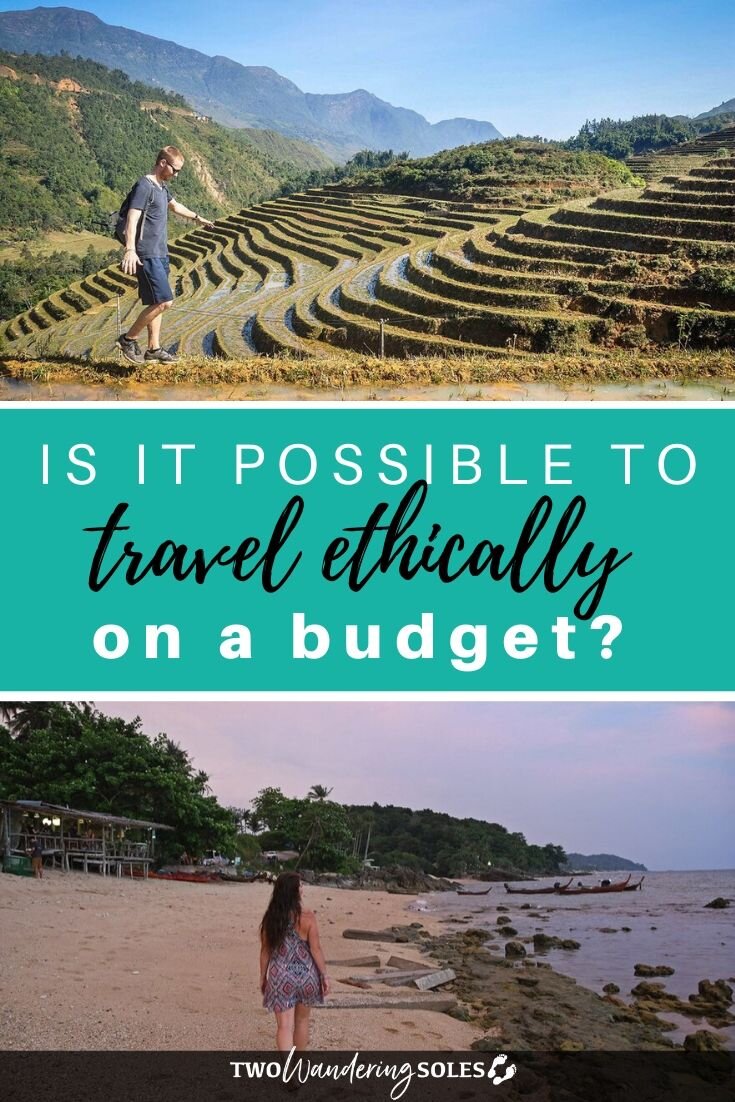 Do you think it is possible to travel ethically and sustainably on a budget? Why or why not?

Comments (6) on “When Budget Travel is Bad”