When traveling, everyone asks the same question within minutes of meeting:

“Where are you from?”

My response is a simple one, yet it elicits different reactions depending on where in the world the question is asked.

At the Bolivian border, my response was met with eye rolls and comments about “stupid Americans” muttered in hushed tones.

In South Korea, American flags are a popular fashion statement. When my students learned I am from the land of red, white and blue, many were curious wanted to know more.

In a remote village in Vietnam, an elderly woman told a translator that she was scared of me. She explained that the America she knows is a country that dropped bombs on her home.

That one was hard to swallow.

A couple weeks ago, Ben and I had a few drinks with some travelers from the UK and they started asking questions. A lot of them.

“Is high school in America like it is in the movies, with jocks and bullies?” Yes and no.

“Do you really use red solo cups?” Yeah!

“Have you eaten at Golden Corral?” Unfortunately, once.

“Is everyone fat?” Absolutely not.

“Are there really unlimited refills of soda?” Uh huh.

“Does everyone carry guns?” Let’s not even get started.

And drumroll please, for the most popular questions asked lately… “Do you know anyone who will actually vote for Trump?!”

You can get an idea of the picture many countries have of America. Sure, some of it stems from truth, but much of it comes from a lack of understanding. And after breaking down some of these stereotypes from other travelers, I’ve realized that I have my own judgments of other countries, too.

History has shown us time and time again that we are most likely to judge those that we know little about. Instead of letting the barriers of ignorance separate us, we should make an effort to learn about those who are a mystery to us.

Travel has taught me many lessons, the most important of which is that people are more alike than different. Brazilians, Canadians, Thai, British, Turks, Bosnians, Americans…

What Travel Has Taught Me About the United States

Someone once told me that traveling teaches you about your home nation more than you could ever learn by staying put. And it’s so true: My perspective of the United States has shifted from one that was very narrow and was influenced only by Americans, to one that is expanding every single day.

Traveling abroad and living overseas has given me insight to how others see my country. And I’ve realized just how much of an effect the United States has on the rest of the globe. There are few other countries that have as large of an impact on the global economy, politics and human rights that America has. For good or bad, we really do affect everyone else.

And similarly, the United States of America wouldn’t be the country that it is today without the influence of the rest of the world. Just as we can learn a lot about ourselves based on our relationships with friends, family and acquaintances, much of a country’s character comes from their connection with other nations. And I mean the United States as a whole is basically a country comprised of different cultures.

The United States has a lot of room for improvement… A LOT… but there is also so much to be proud of and thankful for: My passport allows me to enter most countries without the hassle and restrictions many others have to deal with. My basic human rights are protected and I can say, worship and practice what I wish without fear of persecution. This is still a far off dream for people in some parts of the world.

How I Will Celebrate the USA This 4th of July

One of the hardest parts of traveling is being away from home on holidays. On this Fourth of July, I won’t be at a cabin up north watching fireworks, playing “bags” and drinking IPAs like I would if I was in Minnesota right now.

But even though thousands of miles stand between America and me, I’ll raise a glass to the stars and stripes, and take some time to reflect and celebrate.

On July 4th, I want to rejoice in my country’s progress. But I will remember that it hasn’t been a fairytale and the story is still being written.

I will give thanks for those who gave their lives to protect my rights, but will also remember those who have been (and continue to be) disenfranchised by the American way of life.

I will bask in gratitude for my freedom. It’s humbling to see that there are still so many around this world who are far from free, and I should never take this for granted.

I will remember that no country is perfect, but it’s in those imperfections that we can all come together and make room for change. We have come so far, and learning from those mistakes is the only way we can continue to grow.

I want to remember that, yes, America is a great country, but it’s not the center of the world. We are one cog in a gigantic, beautiful, messy, complex machine. Sometimes it runs smoothly and harmoniously; and other times it breaks down and seems unfixable. But cogs can’t function on their own. We must all work together and use our strengths to help the whole. We need each other.

Happy Independence Day, America! Let’s be thankful for our freedom, show gratitude for how far we’ve come, and not lose focus on what direction we need to go.

And no matter where in the world you’re from, let’s continue striving to learn, grow and spread kindness and light, because the world sure needs all the goodness it can get! 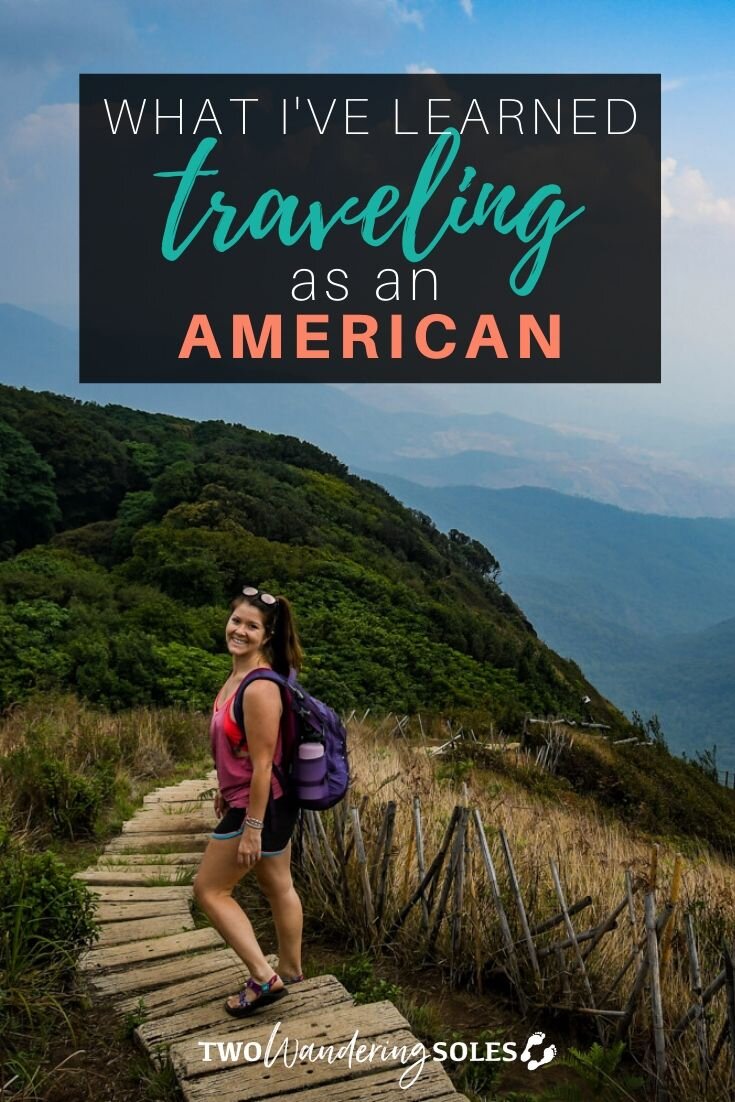 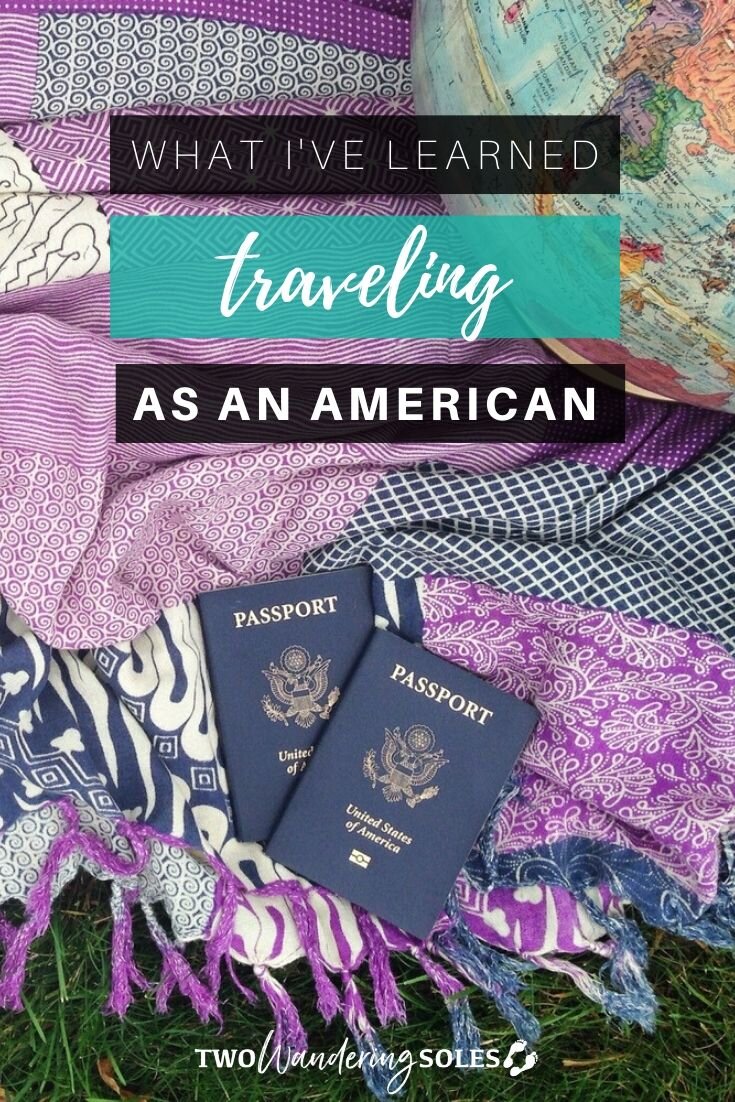 How about you? What have you learned while traveling as an American? Comment down below and we’ll do our best to get back to you!

Comments (3) on “What I’ve Learned Traveling as an American”