Though we are beginning to feel settled in, there are many parts of our daily lives that are still a struggle.

Grocery shopping in general is a daunting task. At home, I can walk in and out with what I need in a matter of minutes; but here I find myself standing in an isle, staring at the Korean symbols until my eyes cross.

Finding salt, for instance, took us a good two weeks. There were a couple bags of MSG accidentally purchased before we found actual salt.

And that is just SALT. When it comes to condiments, sauces, meat, or well, generally anything other than the basic fruits and vegetables, I rely on my trusty translator app to reveal what exactly is in my hands.

Tackling laundry was yet another beast. It took us a few failed attempts before we (and by “we”, I mean Ben) figured out the settings.

The first time we washed our clothes, we just kept pressing buttons until water started flowing. We were pretty impressed with ourselves for getting it to work so quickly. Fifty minutes later, when the load was done, we realized we had done something very wrong.

You could smell our moldy, musty stench from across a room. This doesn’t bode well on a packed bus or in a classroom full of students with no regard for personal space.

We decided that we couldn’t keep smelling like that, and we vowed to figure out our alien washing machine no matter how long it took.

You’d think that you could simply translate the Korean words to English in order to figure out the settings – low, medium, high, hot, cold… it shouldn’t be too difficult, right?

Like many other mundane tasks (ie. buying salt and taking the bus), it is a lot more complex than you’d think.

For example, the word for “heavy load” on our machine roughly translates to “river”. Being that there are exactly 30 different settings on our washing machine, and very few are remotely recognizable even when translated, it took us (ermm… Ben) a good chunk of an afternoon to figure out what should have been a 2-minute ordeal.

Oh, and forget about ordering in restaurants that don’t have pictures on the menu.

A few weeks ago, we were stuck at a train station for a couple of hours and I attempted to order lunch at a noodle shop.

I marched up to the counter and pointed to a picture of what looked to be noodle soup. I felt like a helpless child, unable to communicate, but the rest of the menu was written in Korean and undecipherable to a newbie like me.

Hot noodles sounded divine, and I sat (in)patiently awaiting for my meal. And then it came. Noodles, broth, and… ice chunks?!

It wasn’t terrible. I know if could have been worse – sketchy seafood or dog meat, anyone? But it really wasn’t what I meant to order.

I looked at the people around me slurping their steaming noodle bowls with serious food-envy.

While this may sound like the beginnings of a rant, I can assure you it’s not. It’s true, there are times I get frustrated because I feel incapable of completing even the simplest of tasks.

But as irritated as I may get, I wouldn’t change a thing. These struggles are all part of living in another country.

When Ben and I decided to move to South Korea, we knew we would face challenges. And it may sound silly, but I prefer it that way. What would be the fun of living overseas if it was the same as living at home?

I can tell you that from our struggles has come an overwhelming sense of accomplishment.

From the littlest things.

You wouldn’t believe the feeling of triumph when your clothes come out of the washing machine smelling mountain breeze fresh.

You’d never know the joy of tasting real salt after opening one too many packets of pure MSG.

And I think I almost cheered when a waitress delivered food that I actually intended to order.

As time passes, the challenges are becoming fewer and easier to handle. And little by little, we are learning to turn this unfamiliar place into home.

Don’t forget to save this to Pinterest for later! 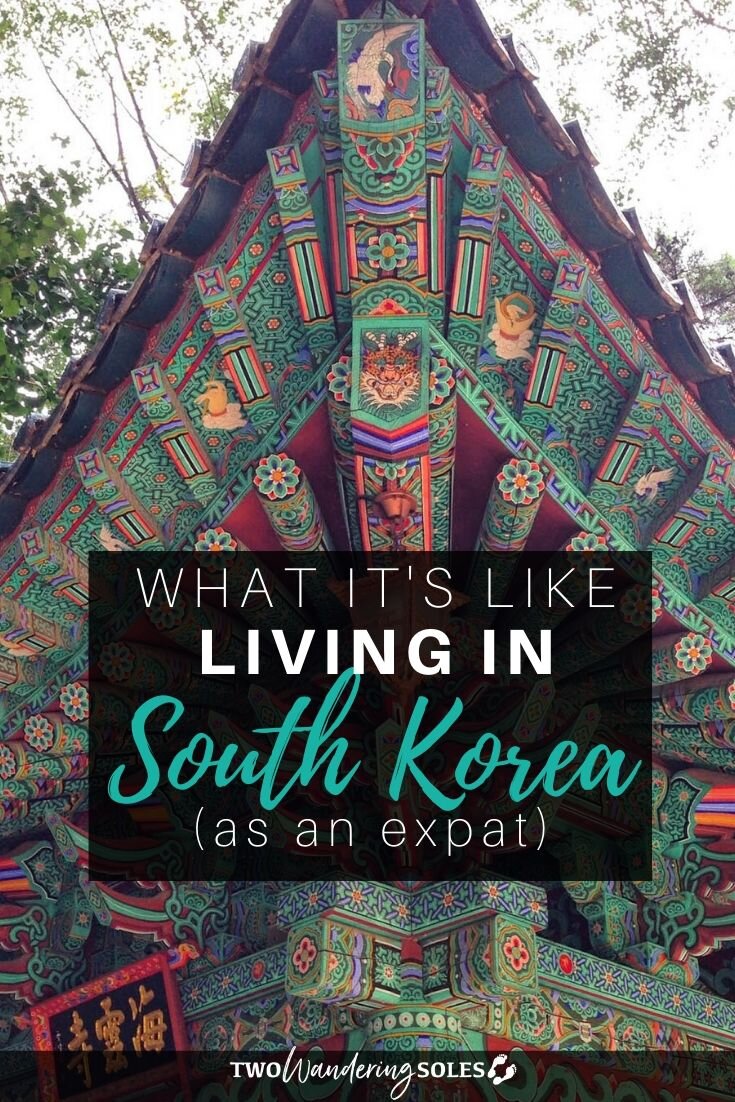 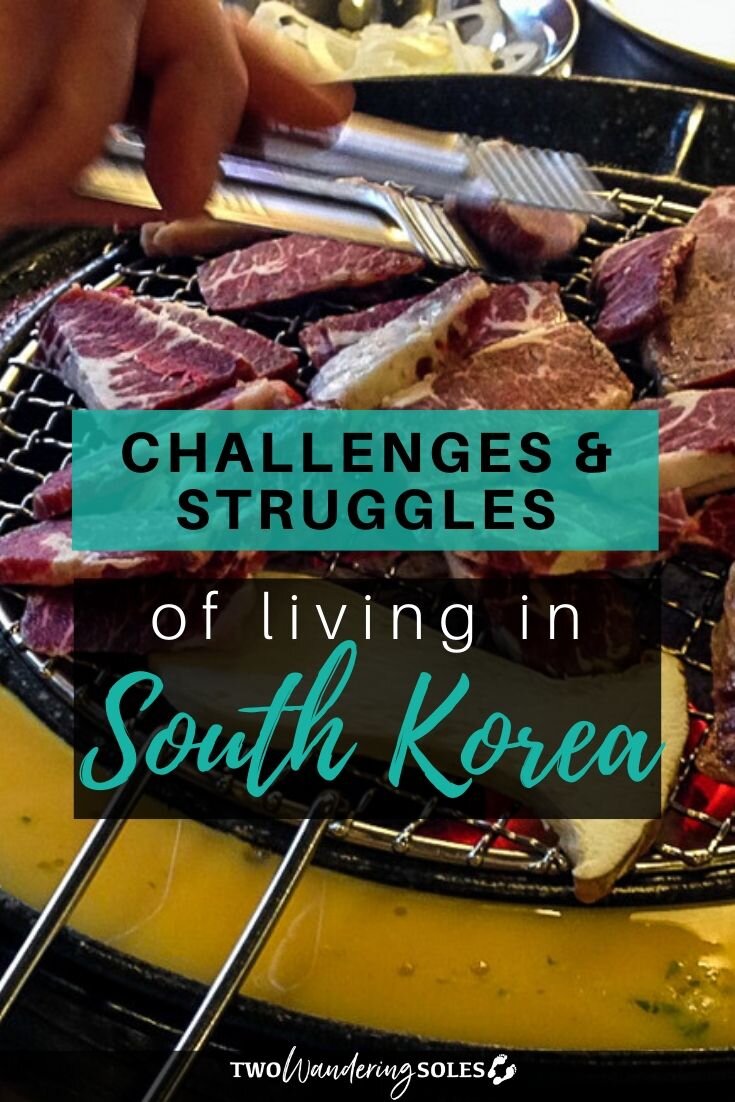 Have you experienced living in South Korea? What are your challenges and struggles?