Myanmar is unlike any other country we’ve ever visited. And although part of me wants it to stay somewhat “undiscovered”, I also feel like it’s my duty to share our story so other people are inspired to experience this incredible country.

You know when you find a cute coffee shop and you don’t want to tell anyone about it? You know if you do it’ll soon be swarming with hipsters, and you’ll be fighting to get a seat… So you keep your little secret.

Well, that’s how I feel about Myanmar (formerly called Burma).

While traveling through Southeast Asia, most backpackers follow a similar route: Thailand, Laos, Vietnam, Cambodia. But there were a handful of travelers we met who told us of a magical place with dreamy eyes and hushed tones. It was as if they were letting us in on a secret.

The country they spoke of was Myanmar. “Go now, before it gets too touristy,” each of them told us.

So we did what any travel addict would do in our situation: We booked a flight and applied for tourist visas, knowing nothing but what our newfound friends had described to us.

Now we are in on their little secret. Myanmar is unlike any other country we’ve ever visited. And although part of me wants it to stay somewhat “undiscovered”, I also feel like it’s my duty to share our story so other people are inspirited experience this incredible country. It was other secret-spillers who inspired us, after all.

What makes Myanmar so different from any other place we’ve visited, you ask? Sit back, relax, and let me tell you…

Tip: If you’re strict on your travel time in Myanmar, it might be a good idea to book your Myanmar transportation online ahead of time. 12go.asia is a booking site we have used in the past and found some good deals on buses, ferries, trains and even flights.

1. Tourism is relatively new to Myanmar

In 2010, Myanmar opened its doors to tourism after 50 years of army-imposed isolation. Being that the tourism industry is young, Myanmar has a certain “untouched” quality. That’s not to say that tourism doesn’t exist or that you won’t run into any other travelers. But compared to the rest of this region of the world, you could call Myanmar undiscovered. Uncharted territory. The last frontier. (I say this loosely, of course.)

There isn’t a 711 on every corner (like in Thailand). The Internet is basically nonexistent, even when you do connect. The roads are barely paved. Signage is minimal. And nightlife is nonexistent. That’s right, even if the rowdy partiers migrated from the Full Moon parties, they wouldn’t find a nightclub anywhere in this country (and they’d be hard-pressed to find a proper pub).

Sometimes this absence of infrastructure can make travel a bit inconvenient – especially after coming from a country like Thailand, where everything is to Western standards. But after embracing Myanmar’s lack of development, we found it to be quite charming, actually. 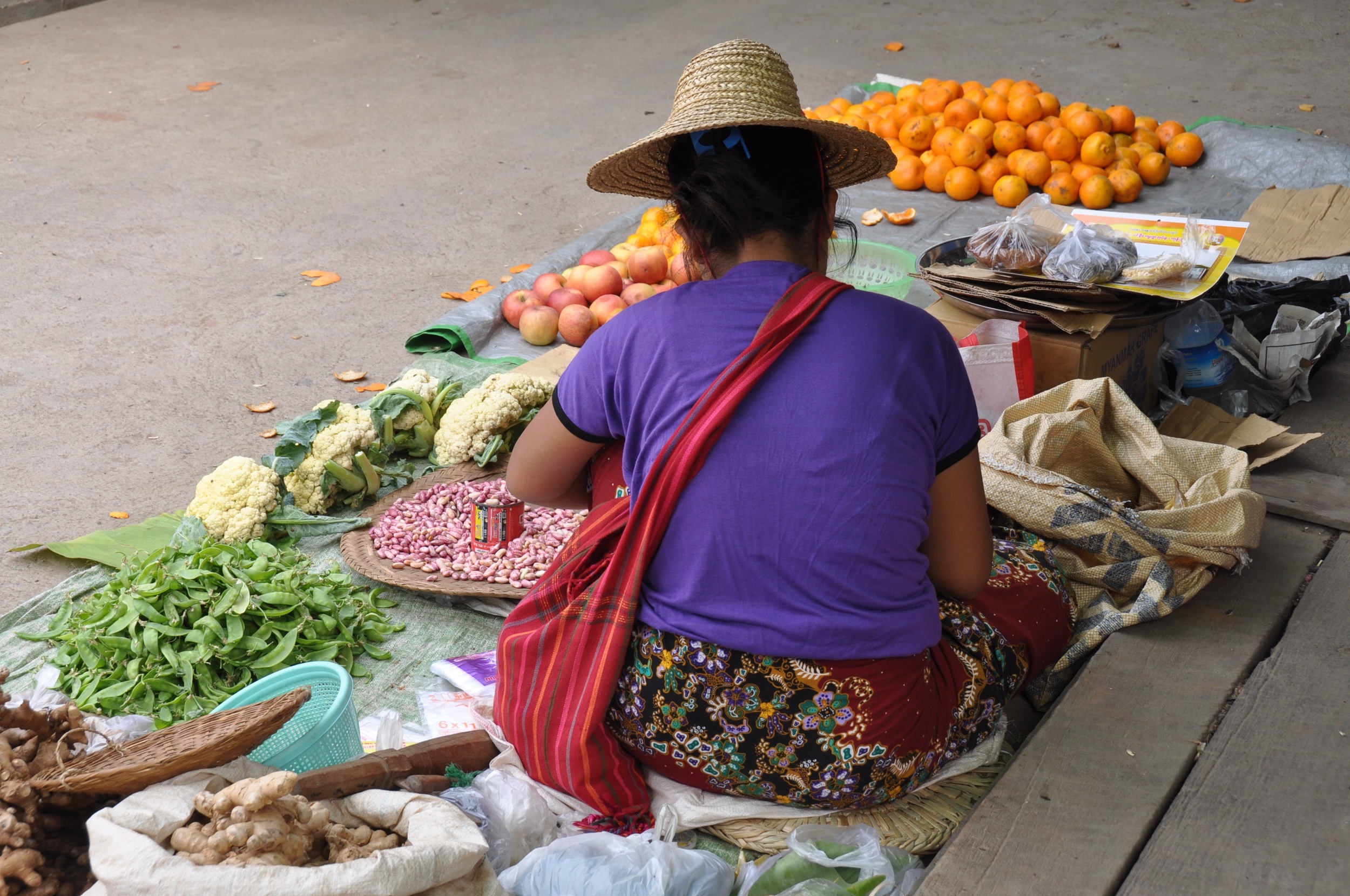 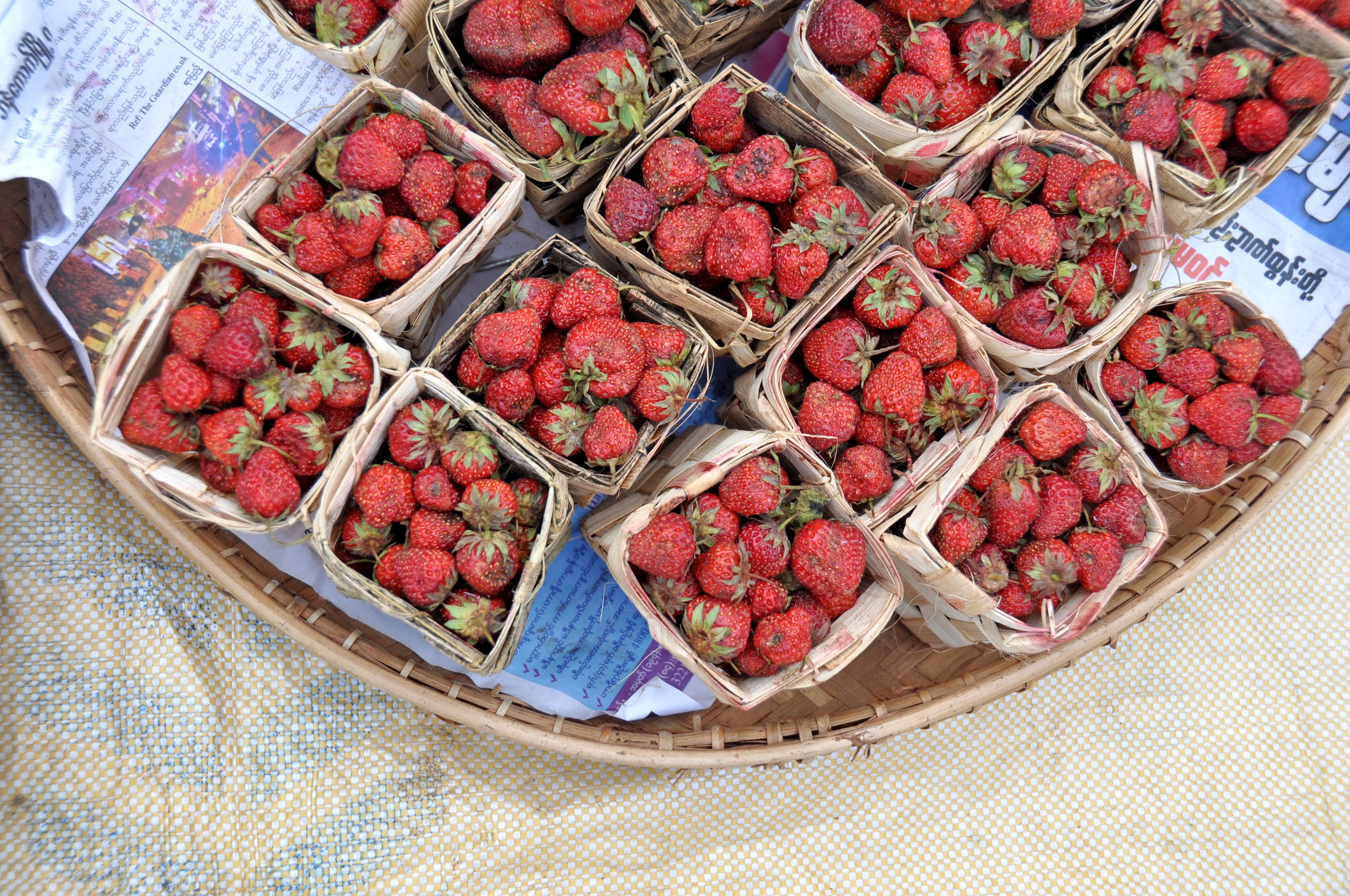 We walked through markets – real markets – past locals selling vegetables they harvested from their gardens, instead of selfie sticks, magnets and postcards. We explored villages that don’t just exist because tourists come through the area, exchanging cash for photographs. The entire country just felt real. Truly authentic.

But it won’t stay like this forever. In fact, after talking to people who’d traveled to Myanmar more than once, they claim it is changing quickly. So just like those before us, we would urge anyone interested in this country to “go now, before it gets too touristy”!

Looking for the ultimate bucket list experience in Myanmar? Take a hot air balloon flight over Bagan as you watch the sunrise over the UNESCO World Heritage designated archaeological zone.

Thailand’s beaches are crowded with gap year twenty-somethings who spend their nights slurping buckets of whiskey through a mouthful of straws, and their days napping off their hangover under palm trees.

Their first priority is not to learn about the country – the Thai islands are notoriously lacking in the culture department. They aren’t there with the intention of interacting with locals, other than those who serve their drinks and run their guesthouses. And there isn’t anything wrong with that. There have been times that we’ve been those people, just craving beach time and daiquiris.

But often times we want more than just sun and surf. We seek out meaningful interactions and experiences that can’t be had at home. And Myanmar turned out to be just the place for us.

Myanmar’s off-the-beaten-path reputation allures a certain type of traveler – one not interested in following the crowds. The travelers we met in Myanmar are there for more than drinks and beaches. They are, in general, a more mature bunch. Being in our late twenties, we fell on the younger end of the spectrum, which isn’t always typical on the “backpacker trail”.

People come here, not seeking out nightlife and hookups, but instead, to experience culture, history, and nature. And the people Myanmar attracts are down-to-earth, as luxurious accommodation and transportation is rare.

It was in Myanmar that we met some of the most well-traveled, interesting, worldly, and intelligent people we’ve ever encountered. We had thought-provoking conversations instead of playing drinking games. We woke up for sunrises, instead of partying until sunrise, and we came away from our two weeks in Myanmar with refreshed spirits and new friends.

3. Myanmar has a rich and unique culture

Unlike its more well-known neighbors, Thailand and Malaysia, Myanmar’s culture has not yet been diluted by Westernization. People still carry on traditions of the generations before them, and not just to entice camera-toting foreigners to take pictures.

Many of Myanmar’s traditions are unique and specific to this country alone.

Men often have teeth stained crimson from chewing betel nuts (a habit somewhat like chewing tobacco). The faces of women and children are painted yellow with a paste made from the thanaka tree to make themselves beautiful and protect their skin from the sun. And both men and women wear the traditional longyi – a sheet of cloth worn around the waist like a skirt.

Myanmar is the only country in Southeast Asia where it’s common to see females who have entered the monastic life as nuns. The people worship banyan trees and place beneath them offerings when a family member is sick.

When Southeast Asia can sometimes blend together, Myanmar stands out. It may not be the first country people think of when they picture this region of the world, but it’s certainly one of the most interesting.

Even the countries biggest cities, Yangon and Mandalay, have tangible culture.

Related: For ideas of things to do in Mandalay, this article is a good guide.

4. The nicest people in all of Southeast Asia live here

Southeast Asia is known for friendly people. Thailand proclaims itself “The Land of Smiles”, and the people of Laos are kind and laidback. We were surprised by the hospitality of the Vietnamese, and the people of Cambodia seem to be constantly singing and giggling.

But it’s Myanmar that takes the congeniality award. The people are charming and friendly. And I would even venture to say that they are the friendliest we’ve met in our travels anywhere in the world.

Since tourism is still new to this country, we never felt like they were nice to us just to get money like we often did throughout the rest of Southeast Asia. 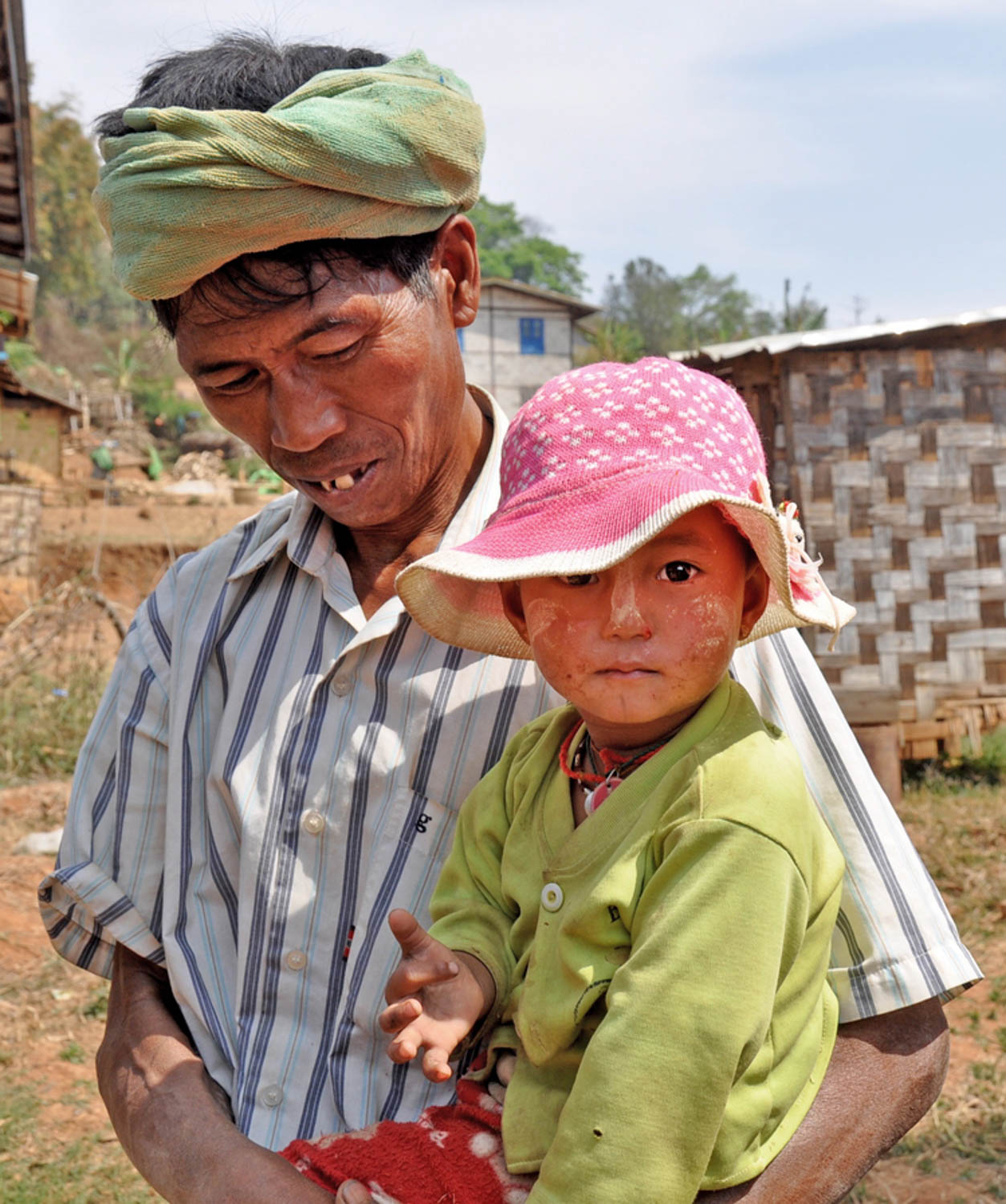 We could walk down a street without vendors shouting, “Shopping! Lady, buy something!” We were shocked by the hospitality of every guesthouse in which we stayed. The staff constantly went above and beyond what they needed to do in order to make sure we were enjoying our stay, instead of looking pissed that we’ve just interrupted their favorite show.

And it wasn’t just those working in our hotels – the locals smiled and said “hello” everywhere we went. For no reason other than to be kind.

Myanmar is a country not to be overshadowed by its neighboring countries. We hope that as more travelers come to this country the tourism and development is sustainable, that the traditions hold strong and the people keep smiling. 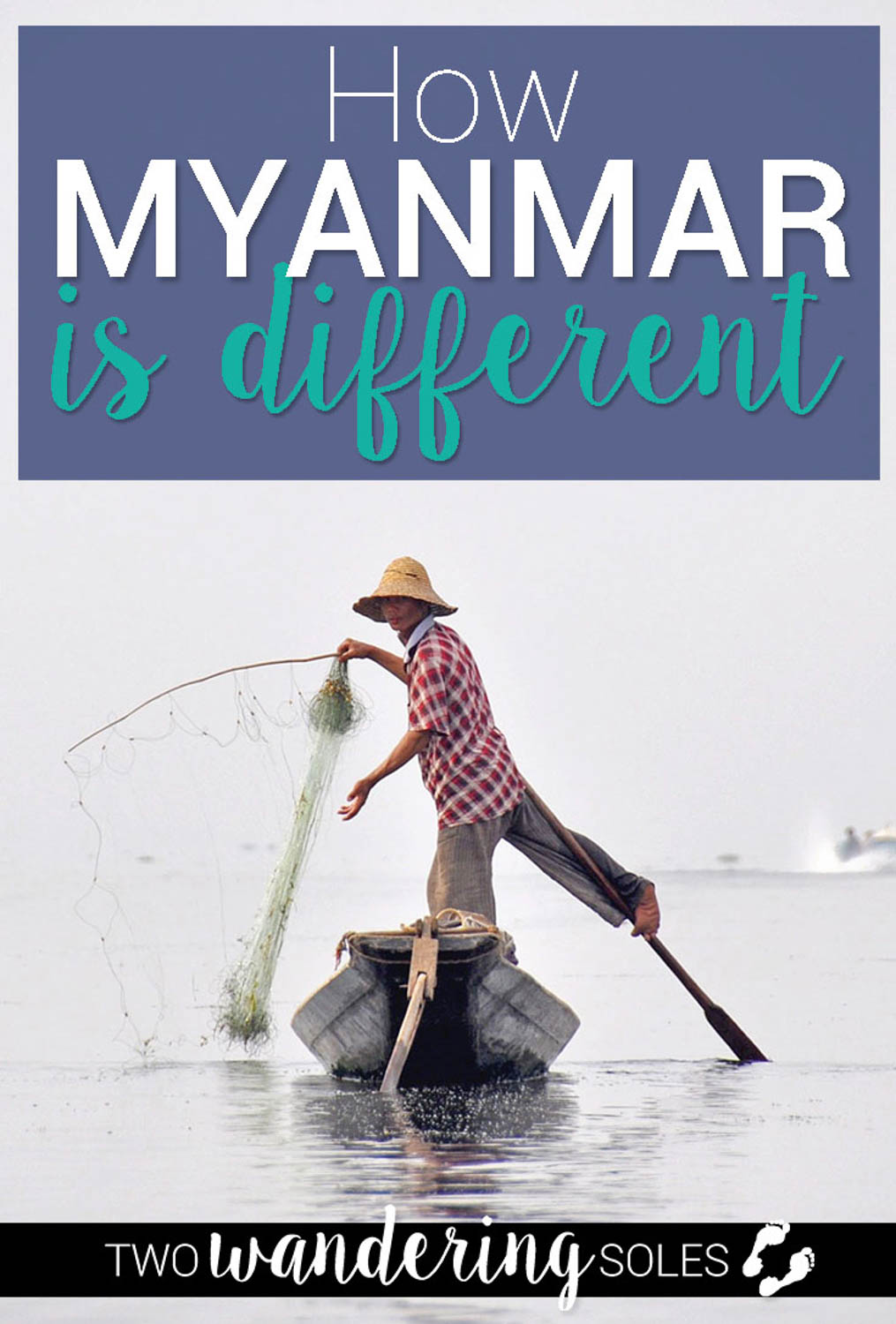 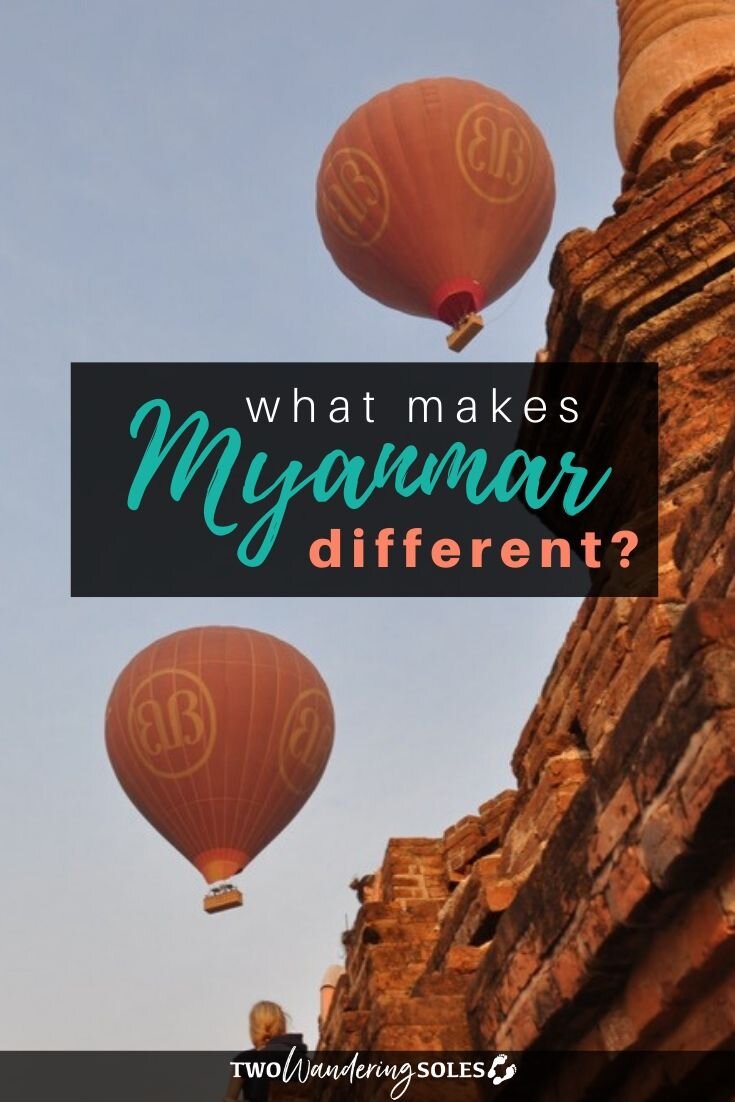 Have you ever been to Myanmar? What did you think about the people and the culture? Please share in the comments below.